A flurry of deals emerged on Sunday evening as the snow smothered Park City and insiders predicted an imminent buy on Amanda Lipitz’s documentary crowd-pleaser Step. 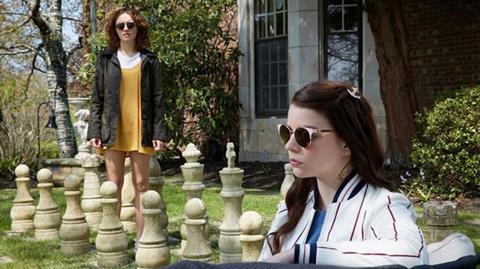 Focus Features is understood to have paid around $5m for the world on Thoroughbred (pictured) in a deal with WME Global and ICM Partners following Saturday’s world premiere in NEXT.

CAA closed what is understood to be a $3m US deal with Tom Quinn and Tim League’s new distributor Neon for dark comedy Ingrid Goes West, which premiered on Friday.

The Orchard acquired all North American rights from WME Global and Gersh to Brett Haley’s drama The Hero starring Sam Elliott. The film premiered on Saturday in U.S. Dramatic Competition and is produced by Northern Lights Films, Park Pictures and Houston King Productions. The Orchard plans an autumn theatrical release.

The film by Stick Figure Studios charts the ambitions of students at the Baltimore Leadership School for Young Women as they strive to enter college and simultaneously win an inter-school step dance contest.