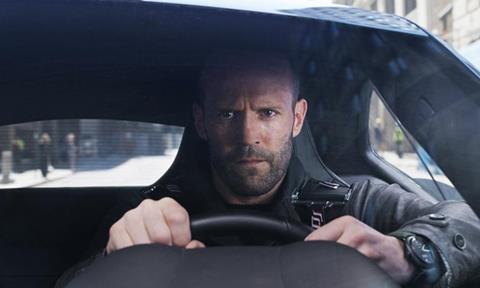 The Fate Of The Furious is on course to deliver $63.9m (RMB 440m) on opening day Friday in China including midnight previews.

Read: Will ‘The Fate Of The Furious’ cross $400m worldwide in opening weekend?

There are a further 22 markets including North America set to open on Friday.

The Fate Of The Furious has opened top in all its markets and established opening day records in 11: Argentina, Colombia, Egypt, India, Indonesia, Israel, Lebanon, Malaysia, Peru, Portugal and U.A.E.

Universal reported record opening days for the studio in 14 including Germany and Mexico, and franchise opening day records in 25 including Italy and South Korea.

DreamWorks Animation’s The Boss Baby ventures into 15 new markets including Spain, Argentina and Hong Kong through Fox International and stands at $123.9m.

Paramount Pictures International’s Ghost In The Shell stands at $104.6m, while Rings has reached $55.3m.