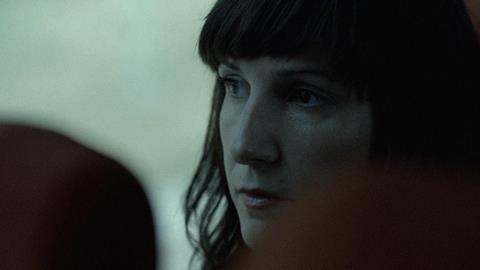 A schoolteacher’s determined struggle against a sea of troubles provides the basis of a quietly compelling human drama in The Lesson(Urok). The fiction feature debut of co-directors and co-writers Kristina Grozeva and Petar Valchanov has clear affinities with Two Days, One Night in the way it views the age of austerity through the tragic plight of an individual victim.

The film’s greatest asset is the commanding central performance from Margita Gosheva who makes Nadezdha both a formidable force of nature but someone who proves to be all too human as well.

The duo prove to be worthy additions to the ranks of European social realist directors headed by the Dardenne brothers, Cristian Mungiu and Ken Loach, promising extensive further Festival exposure for The Lesson. The stark subject matter might well prove commercially challenging but there should still be theatrical interest from committed arthouse distributors seeking to champion new talent.

When we first see teacher Nadezhda (Margita Gosheva) she is standing before a classroom vowing to unmask the individual who has stolen a wallet. She is immediately established as a woman of principle and a slightly righteous figure who holds the world to high standards of honesty. Over the course of the film, her core beliefs will be tested, compromised and abandoned as she is pushed towards an increasingly desperate financial situation.

Like Two Days, One Night there is a ticking clock element to Nadezhda’s plight as she discovers her feckless husband has not been maintaining the payments on their bank loans. There are only three days left before they lose possession of their home.

The plot is driven by her tenacious efforts to raise the necessary cash and what they reveal about differing aspects of her life from the fractured relationship with her father to how difficult it has been to sustain family life. There is also implicit and explicit critiques of a Bulgaria seemly rife with corruption and the exploitation of the weak and vulnerable by the rich and unscrupulous.

Grozeva and Valchano sustain a credible, well-paced storyline that paints the central character into a tighter and tighter corner. The film’s unfussy style largely eschews tearjerking melodrama in favour of a more dispassionate observation of a woman slowly running out of options. There are just a couple of moments when it feels as if the whole world is conspiring to ruin her life but the filmmakers have good instincts about when to raise the stakes and when to ease the pressure. Notably, Nadezhda is given no tragic backstory to court our sympathies.

Her stern, unyielding manner is often the reason for her problems but it makes her fall from grace bitterly ironic and poignant. The film’s greatest asset is the commanding central performance from Margita Gosheva who makes Nadezdha both a formidable force of nature but someone who proves to be all too human as well. It is a performance every bit as uncompromising as the character. She never softens the character to win our hearts and consequently you become completely captivated by her refusal to surrender to her fate.