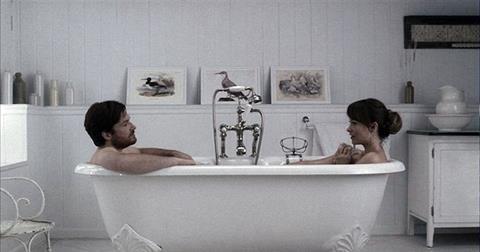 A heady cast, a whole lot of class and impressive technical credentials give Peter Glanz’s feature debut The Longest Week the veneer of comedy sophistication, but despite an elegant look, smart editing and some nice performances somehow the film lacks the sparkle and wit to set it apart from other New York romantic comedies.

There is sense that Glanz is trying to channel Woody Allen and Wes Anderso, while also using the best of New York backdrops, but he never quite comes up with something individual and dynamic.

In terms of visuals it is all there, making delightful use of Manhattan as Jason Bateman and Olivia Wilde embark on a charming love affair, but the story – and dialogue – feels rather one note and rarely reaches the emotional highs to grab the viewer. The film has had a long journey to the screen – it was completed in 2012 – and now gets a belated theatrical and VOD release early September in the US and goes straight to DVD in the UK.

While director Peter Glanz has a good eye for visual structure (he made TV series The Trivial Pursuits Of Arthur Banks, while The Longest Week is based in his Sundance short film A Relationship In Four Days) it feels as if the film needed more work on the script, especially in terms of helping the characters feel more rounded.

Bateman plays Conrad Valmont, the spoiled 40 year-old heir to a family fortune, who lives in the family’s Valmont Hotel with a series of girlfriends and does nothing with his life except party and claim he is in the research stage of a novel. When his parents decide to separate he finds himself thrown out of the hotel and more importantly cut off from his allowance.

He convinces his old friend Dylan (Billy Crudup) to let him stay with him, but makes the mistake of almost immediately falling for the girl Dylan is romancing, beautiful model Beatrice (Olivia Wilde). This leads to much existential self-reflection and worry as he tries to keep their relationship secret from Dylan while also running up bills around town as he also tries to keep his lack of funds from Beatrice.

There is sense that Glanz is trying to channel Woody Allen (he has cast one-time Allen regular performer Tony Roberts as Conrad’s psychiatrist) and Wes Anderson (there is a quirky element to the film that is never fully developed) while also using the best of New York backdrops, but he never quite comes up with something individual and dynamic.

Jason Bateman’s dry wit and sense of irony suits his rather self-centered character very well, but he rarely gets the chance to really invest Conrad with life. Similarly Olivia Wilde’s poised and graceful Beatrice is never really fleshed out, making their screen relationship interesting rather than arresting. Billy Crudup is nicely cast and has a little more fun with his role, while Jenny Slate (from Parks and Recreation and recent Sundance success Obvious Child) makes a nice – though limited – impact.

The film looks great, with cinematographer Ken Kutchins and editor Sarah Flack combining to give the film the life and energy that seems to be lacking from the script. Perhaps the times are just not right for a film about rich folk having problems, or maybe the film just needs a little more drama or romantic friction.