'The Sense of An Ending' to open 2017 Palm Springs fest

The world premiere of Ritesh Batra’s adaptation of the Julian Barnes novel starring Jim Broadbent and Charlotte Rampling will kick off proceedings at the 28th annual Palm Springs International Film Festival on January 5. 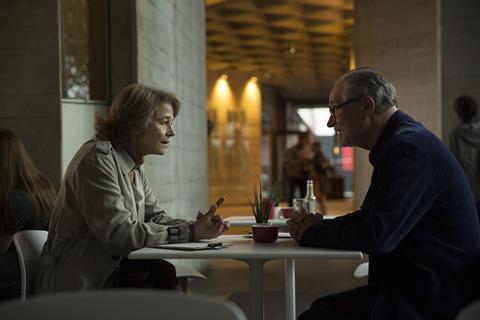 The Sense Of An Ending (pictured) is Batra’s second film after The Lunchbox and will open through CBS films on March 10.

Rounding out the world premieres are: The Concessionaires Must Die! (US) by America Young; Do It or Die! (US) by Jørn Winther; Take Me Home Huey (US) by Alicia Brauns and Christine Steele; and Rahul Bose’s Poorna (India).

A Focus On Poland honours the late Andrzej Wajda with screenings of the current foreign language Academy Awards submission Afterimage and an archival print of his 1958 masterpiece Ashes And Diamonds, as well as Adam Guziński’s Memories Of Summer and Zacma: Blindness by Ryszard Bugajski, among others.

Among Modern Masters entries are Ken Loach’s I, Daniel Blake (UK-France-Belgium), Kim Ki-duk’s The Net (South Korea), Feng Xiaogang’s I Am Not Madame Bovary (China), and Abacus: Small Enough To Jail (US) by Steve James.

Documentaries such as María José Cuevas’s Beauties Of The Night (Mexico), Raoul Peck’s I Am Not Your Negro (US) and Vanessa Gould’s Obit (US) populate the True Stories section.

Genre fare in After Dark includes Colm McCarthy’s The Girl with All the Gifts (UK-US) and Amat Escalante’s The Untamed (Mexico-Denmark-France-Germany-Norway).

“I couldn’t be more proud of this year’s line-up,” said artistic director Michael Lerman. “The programming team has managed to pull together a plethora of different viewpoints in storytelling from around the world in hopes of generating great discussion sorely needed in these divisive times.”

PSIFF is set to run in California from January 2-16. For the full line-up click here.