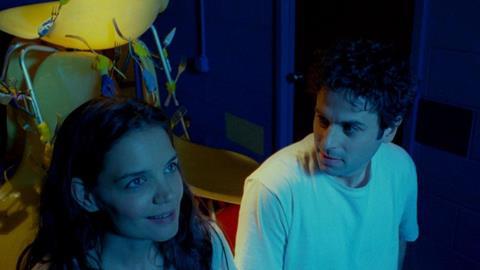 Touched With Fire centres on a pair of manic depressives in a psychiatric hospital who fall into an intense romance. Griffin Dunne, Christine Lahti and Bruce Altman also star.

Roadside Attractions has set a February US theatrical release on the film from Moonstruck Productions and 40 Acres & A Mule Filmworks.

“Katie and Luke have given truly extraordinary performances. We feel so proud to have the opportunity to bring this film to international distributors and audiences.”

“We are thrilled to be working with Kirk and the entire team at Myriad, whose passion for our film will ensure it finds the international exposure and audience it deserves,” said Alter on behalf of the filmmakers.

Myriad’s svp of marketing and acquisitions Audrey Delaney negotiated with CAA on behalf of the filmmakers after director of production and acquisitions Theresa Won brought the project to the company.

D’Amico is also handling international sales via its new Scoundrel label on Jeepers Creepers 3, which will see Victor Salva back in the director’s chair. The horror project is set to shoot in Vancouver in the first quarter of 2016 and D’Amico serves as executive producer.