Toronto brass on Thursday paid homage to arguably the most dynamic and provocative content format in entertainment, announcing the festival’s inaugural slate of six TV projects from the likes of Baltasar Kormákur, Jason Reitman and Lucía Puenzo. 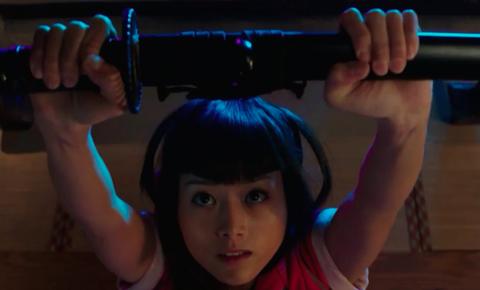 The selections highlight what TIFF director and CEO Piers Handling called a “cross-pollination” of the film and TV worlds from international storytellers, broadcasters and streaming services.

The six selections appear below. All are world premieres except The Returned, which is an international premiere.

Casual (US), created by Zander Lehmann and directed by Jason Reitman.
Episodes 1 and 2 of the comedy from Hulu and Lionsgate that follows a dating site entrepreneur and his therapist sister who move in together after the latter’s recent divorce.
Starring Tommy Dewey, Michaela Watkins and Tara Lynne Barr.

Keith Richards: Under The Influence (US), Morgan Neville.
The Netflix original from the director of Oscar winner Twenty Feet From Stardom charts the Rolling Stones guitarist’s influences and musical evolution as he creates his first solo album in more than 23 years. Netflix will stream the documentary to worldwide members on September 18.

“The growing convergence and artistic equality between television and cinema has ushered in a new era of high-quality, small-screen programming,” said Handling.

“Primetime aims to spotlight the cross-pollination of these two moving image cultures, showcasing the bold and impressive work that’s being produced on an international scale.”

“Television has entered an artistic renaissance; we’re seeing, among other things, many filmmakers experimenting with that medium to broaden their forms of storytelling,” said festival programmer Michael Lerman.

“The strongest storytellers are masters of change, and TV offers a narrative flexibility, a platform and a luxury for filmmakers to explore ways of telling longer stories that delve deeper into their characters.”’

The programme includes Q&A sessions with show creators following the screenings. The festival’s Industry Conference will also incorporate leading creative producers and thinkers from the world of long-form and episodic storytelling.

The 40th Toronto International Film Festival is set to run from September 10-20.