The full line-up of world premieres in Toronto’s Discovery programme, with details on each title including sales contacts. 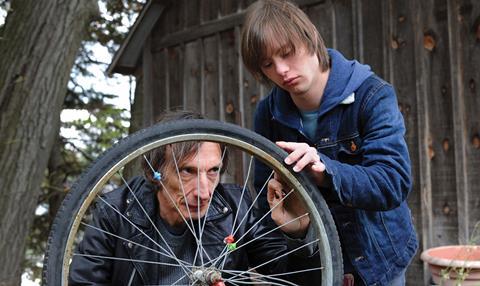 The First Nations director, whose 2006 short Cloudbreaker screened at TIFF, makes his feature directorial debut on this story about a young Anishinaabe man who must choose between his community or explore the expanded possibilities of the world outside.

Writer-director Paputts, a Ryerson University film programme graduate, focuses on a man with Down’s Syndrome who undertakes an event-filled journey through rural Ontario.

Short film-maker Dagg brings his feature debut to TIFF’s Discovery strand; he has also penned this story of a US volunteer doctor forced to go on the run in Laos when he is accused of murder after saving a young woman from a sexual assault. In the lead role is Rossif Sutherland, actor son of Donald, who can also be seen at the festival in Paul Gross’s war drama Hyena Road.