Visit Films pounces on 'Mom And Me'

EXCLUSIVE: Visit Films has acquired worldwide rights excluding Ireland to Ken Wardrop’s documentary ahead of its world premiere in Telluride this weekend. 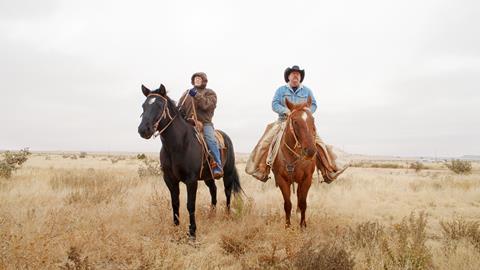 Styled as a ‘creative documentary’, Mom And Me profiles three tough men and their mothers in Oklahoma.

The film follows a cowboy preacher, an inmate and a former district attorney and explores what their mothers mean to them.

Ania Trzebiatowska, who joined Visit in June as manager of acquisitions, negotiated the deal for the New York-based company.

“I am thrilled that my first acquisition for Visit Films is a perfect example of the type of filmmaking that I find inspiring, touching and accessible,” said Trzebiatowska. “We can’t wait to share Mom and Me with audiences around the world.”

Wardrop’s 2009 documentary His & Hers won the audience award at the Dublin International Film Festival, among others, and screened at Sundance 2010.