Whilst racing to convert their home territory, India’s digital cinema integrators, Scrabble and UFO Moviez, are planning to expand to other emerging markets. 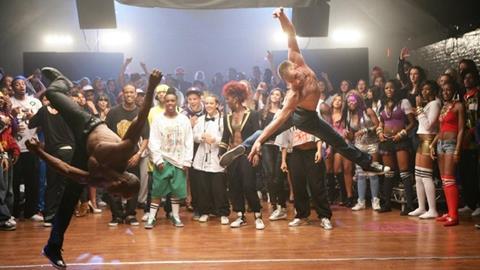 Due to the challenges of piracy, economics and geography, India was an early adopter of digital cinema. Among the country’s estimated 9,000 functioning screens, more than 3,800 are now digital. Mumbai-based UFO Moviez and Chennai-based Real Image have between them installed around 3,600 e-cinema screens, while D-cinema integrator, Scrabble Entertainment, has reached 235 DCI-compliant screens.

Now that they are racing towards saturation in their home territory, Scrabble and UFO Moviez are turning their attention overseas. UFO, which has already launched its platform in Nepal and is close to launching in Sri Lanka, is also eyeing Malaysia, Indonesia, Russia, China and Latin America. Scrabble, which has virtual print fee (VPF) deals for India with five of the US studios, announced last December that it would take those deals to the Middle East to subsidise the digital conversion of more than 400 screens across the region.

“With the relationships we already have with the studios and vendors, we thought there’s no reason not to do other markets. The Middle East is an obvious choice as they have the same mix as India of Hindi, English and regional content,” says Scrabble CEO Ranjit Thakur. “In some ways they can’t do this without the Indian industry - Hindi films are huge in the Middle East so they need the Indian content.”

Founded by Thakur in 2007 with backing from Adlabs founder Manmohan Shetty, Scrabble initially faced an uphill task convincing Indian exhibitors to take the DCI-compliant route. Hollywood content, which can only be played on DCI-compliant systems, had a market share of only 5-7% at the time Scrabble was launching, and e-cinema was already deeply entrenched.

The tide began to turn with Avatar and a stronger line-up of 3D titles from the US studios, which was increasingly being dubbed into local languages and released in India day-and-date. Just before this influx, Scrabble came up with a solution that didn’t hurt exhibitors’ cash flow. They install the equipment and handle all the servicing, whilst taking a VPF of around $500 per screening from the US distributors and a similar amount from exhibitors, through which the cinemas pay back the equipment costs in around five years.

“That changed the dynamics of the business, and along with the 3D line-up, digital suddenly made sense,” Thakur says. Around half the Scrabble-installed screens are 3D-enabled, and the popularity of 3D content has helped push the US studios’ market share to around 14% in 2010. Scrabble has orders for 300 more D-cinema screens in the next calendar year and expects the numbers to increase further when the Indian studios ramp up production of 3D content.

On the international side, Scrabble is setting up labs and operations in Dubai and will initially focus on the United Arab Emirates (UAE), Lebanon, Kuwait, Qatar, Bahrain, Oman, Jordan and Syria. Thakur says he’s currently in talks with exhibitors about the price point of installations, but in most territories it’s not so much cost as convenience that’s at stake: “It doesn’t seem to be a money issue as Gulf companies are cash rich. They don’t need funding, but they want a share of the VPF deals from the studios and are more interested in how long it will take them to recoup.”

UFO Moviez has a very different business model and philosophy but is also going global. In their case, the company is eyeing territories that are looking for low-cost solutions or could use satellite delivery to overcome the challenges of difficult terrain.

The company is already well established in India. Since it was launched by Raaja Kanwar and Sanjay Gaikwad in 2005, it has installed more than 2,200 e-cinema screens, of which 350 are in multiplexes, and is adding around 50-60 new screens per month.

UFO is more of an end-to-end service provider - it rents rather than sells the equipment to the exhibitors and beams the films via satellite from an uplink centre in Delhi to each theatre. In addition to fees from the exhibitors, it takes a VPF of around $7 per screening from the distributor, which covers its costs, while profits come from cinema advertising. Its systems cost around one third of the $60,000 it takes to do a D-cinema installation.

As its systems are not DCI-compliant, UFO focuses on local films, which come in 23 different languages, but also handles US indie and other foreign films, such as The Hurt Locker and The Expendables.

The company has also developed its own 3D e-cinema systems and is currently working on the Indian release of UK hit StreetDance 3D. “Exhibitors here know that 3D will be huge and everyone is asking how much non-DCI content will be available,” says UFO Moviez head of Indian operations Rajesh Mishra. UFO is also anticipating an increase in local 3D content. India’s first 3D picture, Vikram Bhatt’s horror film Haunted 3D, is scheduled for release on April 15 and several other projects are in the pipeline.
In addition to its lower costs, which should appeal to exhibitors in less affluent territories, UFO’s strength in India has been satellite delivery. “We’re opening up new pockets that you couldn’t physically get to previously, or the theatres would get the prints after 2-3 weeks by which time, because of piracy, it’s too late,” Mishra says.

This technology makes UFO a good fit for territories like Indonesia and the Philippines, which are made up of thousands of islands, or any country with large distances or limited transport infrastructure. “In most places we will look for a local partner, most likely a technology company, who knows the market and regulatory framework,” says UFO joint managing director Kapil Agarwal.

However he adds that UFO is also planning to expand into more developed territories. “We’re also looking at arthouse cinemas in Europe and elsewhere that can’t afford a $60k system,” Agarwal says. “We already have an uplink centre in Cyprus.”

So whether it’s through D-cinema or e-cinema, India’s digital integrators have the potential to have a major impact on a regional basis. Both Scrabble and UFO have ample experience in a market with a huge screen count, diverse audience and challenging economics and physical terrain. Both are also well financed - Scrabble by Shetty, an industry veteran who sold Adlabs to Reliance in 2007, while UFO is backed by India’s Valuable Group and has also attracted private equity from 3i. Coupled with their ambition, these companies could help spur digital uptake in territories where conversion has been slow.