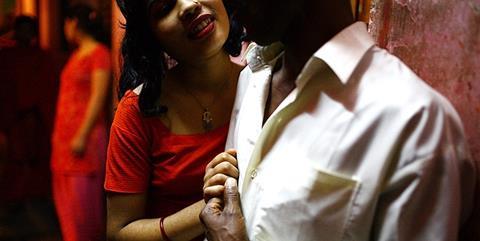 Alternately disturbing and fascinating, Austrian filmmaker Michael Glawogger’s latest documentary charts the everyday (and everynight) life of prostitutes in three territories: Thailand, Bangladesh and Mexico. Structured as a run-on triptych and presented without the moral crutch of voiceover narration, Whores’ Glory is often uncomfortably voyeuristic, partly because of Glawogger’s decision to glamourise (or ennoble?) his subject matter by setting certain scenes to a soundtrack of torchy nocturnal rock ballads by the like of PJ Harvey and Coco Rosie.

It can expect to pop up in urban arthouse slots in several territories before enjoying a long-tail auxiliary afterlife.

But audience provocation and a certain auterish scripting of reality has always been central to Glawogger’s style. We may feel uneasy about the method, but the result is to spark a debate about prostitution that for most viewers will continue long after the end credits roll.

No harm at all will be done to the film’s commercial prospects by its packageable soundtrack and relatively slick style, coupled with the filmmaker’s remarkable access to environments that most of the film’s viewers will never set foot in but are intensely curious about (an appetite also indulged also by Glawogger’s 2005 ‘worst jobs in the world’ documentary Workingman’s Death, and sardonically fictionalised in his 2006 feature Slumming). This is a festival-tickling documentary, for sure, but after its Venice and Toronto berths it can expect to pop up in urban arthouse slots in several territories before enjoying a long-tail auxiliary afterlife.

The film’s three locations occupy successive segments of more or less equal length. They seem chosen for contrast - visual as well as thematic. The Thai section, set mostly inside an apparently legal or semi-legal Bangkok brothel called The Fishtank, is bright as a popsicle, with neatly coiffed and made-up girls sitting waiting to be chosen, each identified by a number, in a glassed in ‘fishtank’ area, facing the customers in the cheesy nightclub zone beyond.

In the central Bangladeshi segment, set in a grim shanty-town brothel district called ‘The City of Joy’ on the edge of the city of Faridpur, day and night scenes alternate, with the camera hemmed in by dark narrow corridors inhabited by sad-eyed girls, some of whom look no older than 12 or 13. The barely lit, dirt-floor rooms where they ply their trade are glimpsed mostly from the outside, as if by a curious, appalled, nervous tourist.

The Rio Grande border town of Reynosa is the location for the final, Mexican section of the film, which is set entirely at night as prospective clients cruise up and down in cars while scantily-clad girls pose outside their one-room shacks. At least these women appear to be adults.

In each location, the girls, their pimps or madams, and occasionally their clients, talk with often surprising candor to the camera (one of the ways Glawogger gained his subjects’ confidence was by promising that the film would never be distributed theatrically in their home territories – probably a fairly safe bet). Sometimes it seems incredible that anyone of those involved would have signed the release forms – for example, when we see a woman selling a young girl (her daughter, or niece?) to the madam of a Bangladeshi brothel for 5000 takas (around $70); or a behind-the-closed-door scene of actual sex between a Mexican prostitute and her client.

Given that the film’s slick thematic editing and obtrusive soundtrack in any case breaches Glawogger’s ‘no comment’ documentary approach, it might have been useful if the audience were told on screen what the director reveals in the pressbook: “In Whores’ Glory there was not a single interview that was not paid for in some form”.

He adds that this was necessary as the girls were losing potential income while they were on camera. But in a film that is all about the commodification of sex and its effects on the minds and bodies of those involved, the information would be of some help in setting Whores’ Glory in its proper context: as a fascinating, courageous, sometimes chilling documentary on the one hand, and on the other, as just one more example of the commodification of womens’ bodies.