The cast and director of Northmen: A Viking Saga sailed into Zurich at the weekend to discuss their ambitious epic, easily among Switzerland’s biggest films to date. 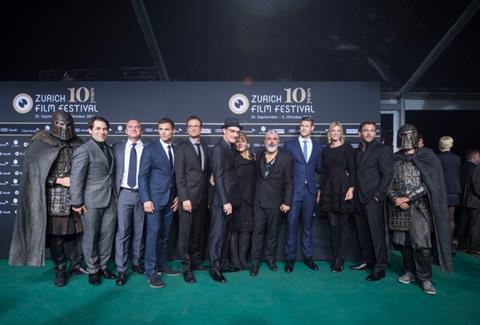 “When Ascot Elite asked me whether I wanted to make this film it was always a pretty simple answer. Who wouldn’t want to? When we got going it became evident to me that the epic material spoke to me and ticked many boxes.”

“It is quite unique to make a film out of Switzerland that has broad international appeal,” he continued about the film,which has sold to a number of mainstream distributors including eOne in a multi-territory. “It’s a rarity these days.”

The actors agreed that each and every day on shoot was a physical challenge.

Actor Ed Skrein, a former Screen Star of Tomorrow recently cast in the reboot of the Transporter franchise, said of the process:

“It was a very immersive project. Emotionally as well as conceptually. It means a lot to us. We have a lot of emotional investment in the project, more than we might do usually.”

“The toughest thing about the movie was the scope and our ambition,” added Fah. “There were many moving parts”.

The team praised South Africa  - which stands in for Scotland - as a shooting location:

“I didn’t think it could double for Scotland… I was completely wrong. The locations and productions were perfect. The tax rebates really cut our costs. South Africa has a number of really good crews and the exchange rate is attractive. It became a no brainer.”