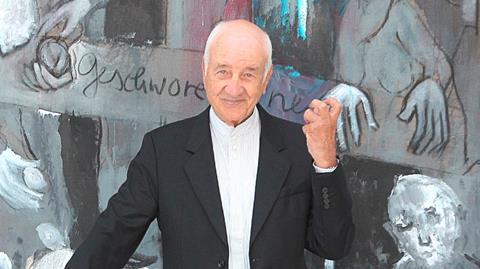 Following the award ceremony, Mueller-Stahl will present Jim Jarmusch’s Night On Earth at the Arthouse Le Paris cinema on Sept 28.

ZFF co-directors Nadja Schildknecht and Karl Spoerri said: “We are proud to welcome 84-year-old Armin Mueller-Stahl as our guest to this year’s festival. He is, in our opinion, one of the most important German actors of all time. His skills as a polyglot performer oscillating effortlessly between stage and screen, Germany and the USA, have more than earned him this award.”

Raised in the German Democratic Republic (GDR) and initially trained as a concert violinist, East Prussia-born Mueller-Stahl played the lead role in around 60 films.

His career came to an abrupt halt when he signed the petition against the expatriation of singer-songwriter Wolf Biermann. He moved from East to West Berlin in 1980, where his career continued with roles in Rainer Werner Fassbinder’s Lola (1981) and Die Sehnsucht der Veronika Voss (1982).

He also appeared in the German auteur films of Herbert Achternbusch, Alexander Kluge and Hans-Christoph Blumenberg, and worked with international directors such as Andrzej Wajda and Patrice Chéreau.

Mueller-Stahl attracted international attention for his role in Oberst Redl (1985) and in the literary adaptation of Michael Ende’s Momo (1986).

Despite being barely able to speak English, the actor decided to make a fresh start in the US. His first film Music Box (1989) by Costa Gavras was both a critical and commercial success.

He received an Academy Award nomination for his role in his second Hollywood film, Barry Levinson’s Avalon (1990). Further international productions include Das Geisterhaus (1993) and Shine (1996), which garnered him his second Oscar nomination.

He was given the opportunity to showcase his comedy talent in the anthology film Night On Earth (1991), where he played an East German taxi driver trying his luck in New York.

DMueller-Stahl continued to return to Germany, where he took on such leading roles as Thomas Mann in the three-part TV series Die Manns – Ein Jahrhundertroman (2001).