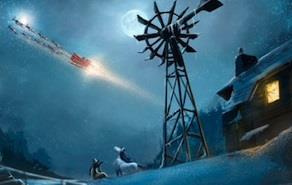 Previously reported sales include Splendid in Germany and Benelux and Freeman Entertainment, Monolith and Blitz for Eastern Europe.

In Elliot: The Littlest Reindeer, a miniature horse has three days to fulfil his lifelong dream of earning a spot on Santa’s sleigh during the North Pole Try-Outs.

“The continuing sales at this early stage of production shows how globally appealing the story of Elliot is,” said Double Dutch president Jason Moring.