WRITER: About 18 months ago, Joy Wilkinson made the decision to dedicate herself solely to film. 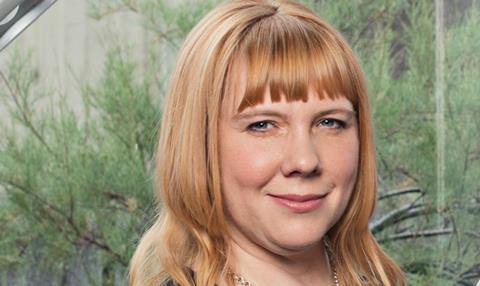 Previously a successful playwright and TV writer, she turned down commissions and wrote the thriller Killer CV (now called Killer Résumé), which got her on the 2014 Brit List for best unproduced screenplays.

It also secured her a place on the Guiding Lights mentoring programme, where she was paired up with Kenneth Branagh (“He’s been brilliant, he’s continued to mentor me beyond the scheme,” she says).

She followed up Killer Résumé with the 1970s Manchester-set Enter The Dragons, a bigger cross-cultural genre piece about female empowerment that’s in development, like Killer Résumé, with Jeva Films.

Now it’s film all the way for Wilkinson, who “likes genre films — action, comedy, sci-fi, not your slow-burn British drama”.

“I started off wanting to do film, but it didn’t seem like a job you could get,” recalls Wilkinson, who began her career in journalism, editing the Met Police newsletter at Scotland Yard (“It helps you find out what a story is”) and writing creatively on the side.

A stint at the BBC writers academy led to scripts for radio and TV (she had a contract on Doctors that she gave up once Killer Résumé landed on the Brit List).

“I’d been writing for years and years but I didn’t feel like I had something to stand next to and say, ‘This is what I meant to say.’ But I feel like that is beginning to happen for me now.”