The Production Guild of Great Britain has revealed the winners of its inaugural awards. 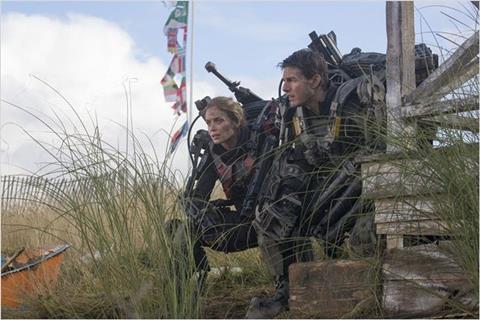 Production Guild chief executive Alison Small said: “The knowledge, experience, skill and determination of our members play a crucial role in achieving the final result of films and TV programmes we can all enjoy.

“Their work is a vital ingredient in the UK’s track record in making successful British content, and in making the UK the destination of choice for international film and programme-makers, creating jobs, generating investment and showcasing what we can do to the world.

“We are proud to celebrate the high standards of excellence that our members working in production management achieve year upon year, and to give these unsung heroes the recognition they deserve.”

Quinn was praised for her work on Doug Liman’s Edge of Tomorrow, in particular the closure of Trafalgar Square in order to create the scene where Tom Cruise’s character lands a Puma military helicopter in the iconic central London location.

Quinn has worked on the Harry Potter films, Billy Elliot, Notting Hill as well as the forthcoming The Man From U.N.C.L.E. and the new Tarzan.

Godwin’s career path was described by judges as “meteoric”, moving from production coordinator to production supervisor on two big budget films for Disney last year, Muppets Most Wanted and Into the Woods.

Hannah has also worked on the Bond films Skyfall and Quantum of Solace, Martin Scorsese’s Hugo and Paul Greengrass’s Green Zone. This year she has been working on the major action film Avengers: Age of Ultron for Marvel Studios and the Bond 24 (working title).

Clark-Hall will pick up the award in recognition of his dedication to assisting the career development of young producers and production crew. He is one of the UK’s most experienced producers having worked on titles such as Sherlock Holmes and its sequel Sherlock Holmes: A Game of Shadows, Calendar Girls, Lesbian Vampire Killers and most recently the Warner Bros. productions The Man From U.N.C.L.E. and Knights of the Round Table: King Arthur.

The Warner Bros. Studios Leavesden Contribution to the Industry Award

Strategic policy advisor Stephen Bristow will be honoured for his “outstanding contribution to the development and sustainability of the UK film and TV industry”. His contribution to the lobbying process that resulted in the introduction of the high-end TV tax Relief and recent changes to the film tax relief was described as fundamental to ensuring the UK’s financial efficiency and competitiveness as a production base.

The awards ceremony will take place on Saturday 27 September at The Grove in Hertfordshire.