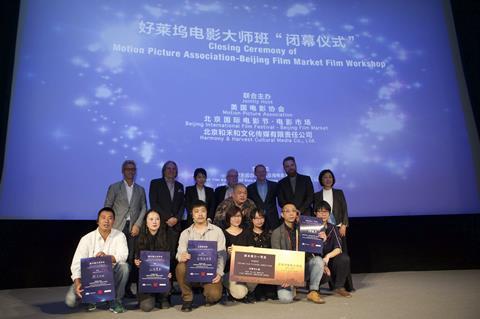 Sci-fi love story The Gate, a film about a tour guide who finds himself in a virtual gaming world, has won the MPA Grand Prize in Beijing. The film’s writer/director, Xin Cheng Jiang, is known as an influential commercial TV director.

Mike Ellis, president and MD for the MPA Asia Pacific, also awarded a President’s Special Recognition Prize to director Yang Jin for the project Instant Love - a comedic love story set in Tokyo about a Chinese man who will do anything to win the heart of a Japanese girl.

The prize will see Yang Jin attend the Asia Pacific Screen Awards ceremony in late November in Brisbane Australia as the special guest of Ellis.

Moderated by Liz Shackleton, Asia Bureau Chief of Screen International, the forum took a health check of the Chinese film industry and asked whether the business was able to cope and put in place the required infrastructure during a dramatic period of growth.

The forum explored how the Internet has influenced the way films are financed, produced, marketed and distributed, and how audiences will play a role in the financing and marketing of films in future.