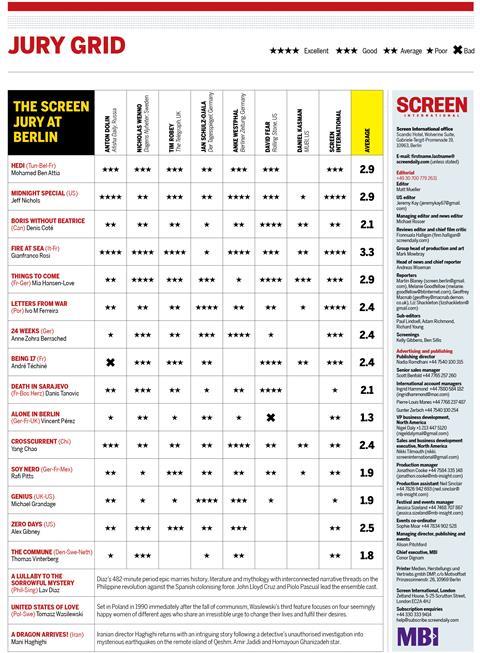 Alex Gibney’s latest documentary Zero Days, about cyber warfare, was the highest new entry on Screen’s 2016 Berlin Jury Grid, scoring a 2.5 rating, with two results yet to be submitted.

Thomas Vinterberg’s Danish drama The Commune performed less well, clocking up a 1.8 rating (with three results yet to be submitted), including two one-star scores.

Still on top, for the fifth successive day, is Gianfranco Rosi’s Lampedusa-set documentary Fire At Sea, with its 3.3 rating looking increasingly hard to beat.

Today’s (Feb 18) solitary challenger is Lav Diaz’s A Lullaby To The Sorrowful Mystery, which has a running time of 485 minutes.