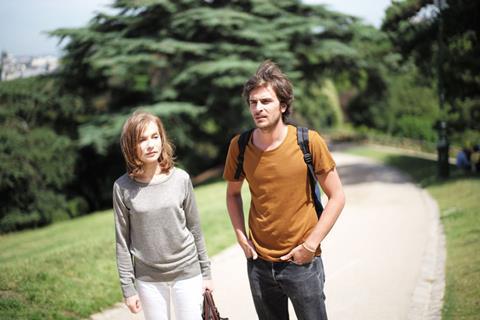 Les Films du Losange has announced a slew of sales on French director Mia Hansen-Løve’s Berlinale competition title Things To Come (L’Avenir), starring Isabelle Huppert as a philosopher facing up to the departure of her husband, children and mother.

Hansen-Løve’s fifth feature, after French techno-scene inspired Eden, Things To Come stars Huppert as a philosophy teacher who is forced to reappraise her life when her husband departs with another woman, her youngest daughter flies the nest and her mother dies in quick succession.

It has been well received in Berlin with Screen critic Wendy Ide suggesting the director is beginning to look like the creative heir to Eric Rohmer, whose films were also handled by Losange.

Things To Come was produced by Charles Gillibert of Paris-based CG Cinema, whose recent credits include the Oscar-nominated Mustang and Clouds Of Sils Maria.

In other Losange news, head of sales Bérénice Vincent reported strong interest in Michael Haneke’s next film Happy End, which is due to shoot this summer.

“A number of pre-sales are underway. Joseph’s Son also prompted a warm response and a US deal is in the offing,” said Vincent, also referring to Eugene Green’s latest film which premiered in the Forum.