Universal Pictures and Illumination Entertainment’s animation Minions has raced to $339.9m and at its current rate will soar past $400m by Sunday. 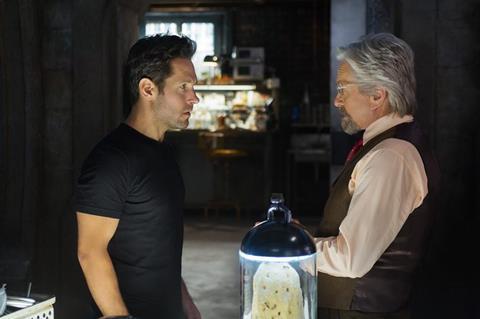 Jurassic World has generated $888.1m via Universal Pictures International and will cross $900m in the coming days, while Ted 2 stands at $58.2m.

Disney/Pixar’s Inside Out stands at $161.1m and arrives this weekend in Japan, Spain and the Netherlands. Avengers: Age Of Ultron has grossed $934.9m.

Magic Mike XXL has grossed an early $24.9m via Warner Bros Pictures International, while The Gallows has reached an early $1.9m and ventures into the UK and horror-loving Mexico this weekend. San Andreas has amassed $310.4m.

The Longest Ride on $25.4m debuts in France. True Story arrives in the UK and Spain. Poltergeist has grossed $47m and Far From The Madding Crowd $14.9m with Germany to come this weekend.

Pixels ventures into its first market of South Korea, although the studio will most likely report numbers next weekend when it opens in multiple territories day-and-date with North America.