SEPTEMBER 6 UPDATE: Screen Gems’ horror held firm at the top on an confirmed $19.7m as the four-day portion of Labor Day weekend holiday dispelled the ‘sequelitis’ blues – for now at least – to round out a solid season. 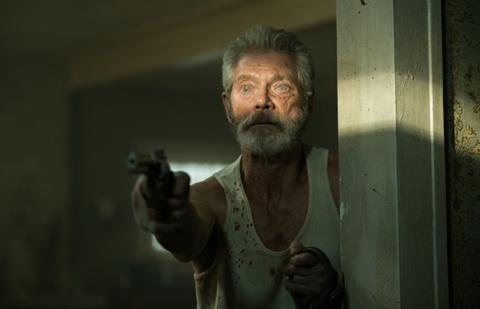 That is no mean feat in an industry at the whim of inconsistent production cycles where tentpoles are released throughout the year.

STX Entertainment’s Bad Moms became the studio’s first film past $100m. While the milestone does not always tell the full story, the stated $20m negative cost indicates a success and an important morale booster for the company and its investors given a largely lacklustre track record at the box office until now.

The R-rated comedy was one of 14 released in summer that grossed more than $100m and that number could rise to 15 if Sony/Annapurna Pictures’ Sausage Party crosses the milestone in the next few weeks.

While that film and Bad Moms have been hits, crossing $100m is by no means a mark of success in North America as was seen in the cases of The Legend Of Tarzan and Independence Day: Resurgence, where international grosses were required to salvage pride and investment.

Despite oft-heard complaints about ‘sequelitis’ as the likes of Alice Through The Looking Glass , Teenage Mutant Ninja Turtles: Out Of The Shadows and Star Trek Beyond performed well below expectations — add remakes and reboots to the list of woes thanks to Warcraft, The BFG and Ben-Hur — the summer rallied well towards the end to become one of the best ever.

It was a tremendous summer for The Walt Disney Company. After the heroics of April release The Jungle Book continued into summer, Pixar’s Finding Dory finished as North American’s seasonal champion on $481.8m followed by Marvel Studios’ Captain America: Civil War on $407.9m.

The superb performance of Don’t Breathe serves reminder that horror remains strong: the past three months or so have seen The Conjuring 2, The Purge: Election Year and Lights Out all deliver impressive results.

Returning to the Labor Day holiday weekend, Dreamworks’ Pete’s Dragon held well in its fourth weekend and surged three places to number three on $8.5m for $66.3m, although the family release is far from delivering the performance expected of a $64m production cost.

No doubt the film will expand if word of mouth builds and the reviews are strong. Michael Fassbender and Alicia Vikander star in the period romance.

CBS Films’ Hell Or High Water climbed four places to number eight in its via Lionsgate on $5.9m for $16m after four sessions. The film reportedly cost $12m to make.

Lionsgate-Pantelion’s No Maches Frida debuted well at number 13 on $4.6m from 362 sites. Fox’s sci-fi thriller Morgan starring Kata Mara and produced by Ridley Scott did not fare so well and opened at number 18 poorly on $2.5m from 2,020 venues.