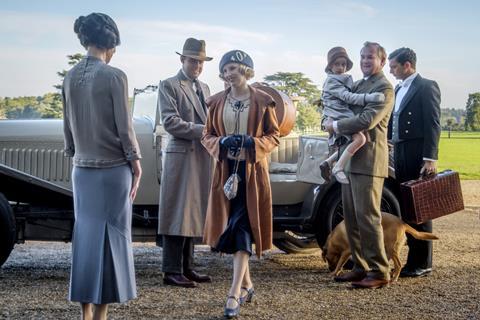 SEPTEMBER 23 UPDATE: Downton Abbey opened at number one in North America over the weekend on a confirmed $31m that delivered the highest debut in the history of Focus Features.

The Downton Abbey audience comprised 74% females and 26% males. By age, the over-35 crowd dominated with a 60% share. The top markets in the US were New York, Los Angeles, San Francisco, Dallas, Washington DC, Chicago, Philadelphia, and Boston.

The film earned $10.2m internationally to reach an early $31m and stands at $16.1m in the UK after two weekends.

Sylvester Stallone’s fifth outing as John Rambo in Rambo: Last Blood opened in third place through Lionsgate on $18.9m in 3,618 sites. This is the second highest opening unadjusted for inflation in an action franchise spanning 37 years that began with First Blood back in 1982. Rambo: First Blood – Part II opened on $20.2m in 1985.