JANUARY 30 UPDATE: As Universal-Blumhouse’s horror hit Split stayed atop the North American charts on an confirmed $25.7m to surge to $77.4m after two weekends, a pair of Oscar contenders crossed the milestone. 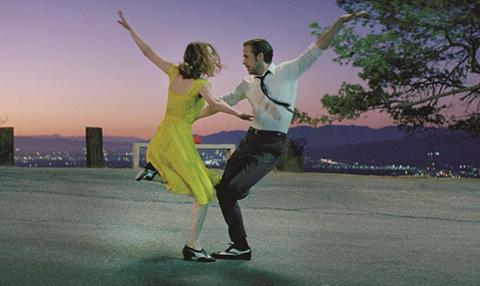 Hidden Figures in third stands at $104m after six sessions through Fox and Saturday night’s PGA Awards winner La La Land in fifth climbed to $106.7m through Lionsgate after eight.

The drama is the centre of a brewing political storm after Iranian director Asghar Farhadi’s decision to boycott the Oscars in response to US President Donald Trump’s raft of executive orders to curb immigration.

Universal’s A Dog’s Purpose, the embattled film that sparked a controversy over recorded treatment of a German Shepherd during filming, opened in second place on $18.2m from 3,059 theatres. It reportedly cost $22m to make.

Resident Evil: The Final Chapter scored the lowest opening of the 15-year franchise as it arrived in fourth place via Sony/Screen Gems on $13.6m from 3,104.

TWC’s adventure Gold has earned strong reviews for Matthew McConaughey but only managed tenth on its debut, grossing a lowly $3.5m from 2,166.

Overall box office for the top 12 generated $117m, representing a 7.4% drop against last weekend and a 5.8% fall against the comparable session in 2016.

This week’s wide releases are: Paramount’s horror Rings; and sci-fi adventure The Space Between Us from STX Entertainment.