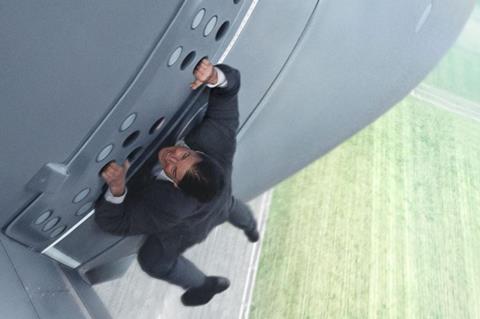 Rogue Nation ranked number one in 17 of its 18 new markets this weekend and scored franchise-best marks in 10 and Tom Cruise records in nine.

The film grossed $6.1m from 346 sites in Japan for second place and $5.3m from 1,235 including previews in Russia for top berth and a pair of records for the franchise and Cruise.

The film took $3.5m from 219 Imax screens in 49 territories for a $9m international running total and a $25m global tally. Rogue Nation arrives this week in France and Brazil.

The Little Prince grossed $1.4m from 830 venues in France and has reached $5.5m after two sessions.

Australia delivered $2.1m from 254 in second place, while $1.7m from 332 in the Philippines earned number one and Fox’s fifth biggest opening weekend of all time.

Results across Asia and Latin America were highly encouraging. Fantastic Four grossed $1.6m from 385 in Malaysia for the studio’s eighth biggest debut and $1.5m from 62 in Singapore for its ninth best result.

Two number one results in Colombia and Peru resulted in $885,000 from 256 and $816,000 from 152, respectively. Peru also earned the distinction of delivering the second biggest debut for a Marvel film behind X-Men Days Of Future Past.

Tim Story’s first Fantastic Four in 2005 finished on $175.9m internationally, while his sequel Fantastic Four: Rise Of The Silver Surfer ended on $157.1m.

The 33, the US-Chile-China co-production about the stunning 2010 rescue of trapped Chilean miners, ventured into its first market at the weekend.

The $1.6m debut from 140 screens came from Chile appropriately enough and came almost five years to the day after the 33 miners became trapped in the San José copper and gold mine after a cave-in. All the miners were rescued safely after 69 days underground in what became a gobal event. They became known as ‘Los 33’ or ‘The 33’.

This was the second biggest debut ever for a local title behind Stefan Vs Kramer. Alcon Entertainment holds most of world rights and will open the film in the US via Warner Bros in November 13.

UPDATED: Universal and Illumination Entertainment’s Minions brought in a confirmed $19.5m from 59 territories to reach $611.1m and cross the $607.5m lifetime total of Despicable Me 2.

The family smash held firm in Japan at number four on $3m for $14.4m after two weekends and also ranks fourth in its second session in South Korea, where $2.5m boosted the tally to $11.3m.

There are five territories to go including Italy on August 27 and China on September 13.

Jurassic World added $15.1m from 63 for $945.7m powered by a superb Japanese debut, where the film opened on Wednesday and generated $12.8m for the weekend from 803 sites.

The $3.2m Saturday result was a record single day for the studio and the fourth biggest single day of the year-to-date in Japan heading into this week’s Obon holidays. The film’s global tally has reached $1.581bn.

Trainwreck kicked off with $5.3m from 15 territories for an early $6.1m. The Amy Schumer comedy arrived in nine, led by a $4.5m number one debut from 246 sites in Australia including previews. It arrived this week in the UK, Germany and Spain.

The family adventure arrives in the UK, Australia and Japan this week.