JANUARY 11 UPDATE: The records continued to tumble for Disney/Lucasfilm’s juggernaut as executives reported a $146.4m worldwide haul that propelled the space opera past Jurassic World to $1.734bn. 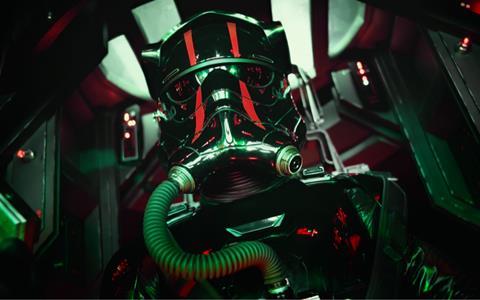 JANUARY 11 UPDATE: Buoyed by a $52.6m two-day session in China (authorities have not officially reported a number yet), Star Wars: The Force Awakens once again dominated the arena and used $104m to climb to a muscular $921.2m international running total.

If that tally has not outstripped North America’s $812m haul to the extent that some expected, the fervour of the franchise in North America hardly makes this a surprise. What is undeniable is the film will cross $1bn internationally and establishes a foothold from which to scale future, presumably bigger, summits.

The Force Awakens is now the seventh biggest release of all time at the international box office after overtaking Transformers: Age Of Extinction on $858.6m, Frozen on $875.7m and The Avengers on $896.2m.

It is the third biggest film of all time across Europe as a region and ranks as Disney’s biggest release and the industry’s third biggest ever in Russia on $25.3m. The film has become the biggest 2015 release in Poland and the biggest Disney release ever in Belgium.

A $57.6m haul was good enough for the number two all-time status in Australia. In Latin America it held strong at number one in Argentina for the fourth weekend in a row.

Imax chiefs reported a record $19m worldwide fourth weekend on 940 screens that boosted the running total to an all-time high of $179m after 26 days.

The company generated a record $4.3m on a Saturday in China from 270 screens and stands at $8.1m including Sunday estimates.

Pixar’s The Good Dinosaur added $12m for $148.7m and opened in third place in South Korea on $3.3m for the third biggest Pixar launch and arrived at number one in Brazil on $2.7m.

JANUARY 11 UPDATE: The Revenant stormed into the international arena on an estimated $20.5m from 18 markets led by Russia on a number one $7.5m and Germany on a number two $4.6m.

JANUARY 11 UPDATE: The Hateful Eight grossed $17m from 20 territories led by France on $4.6m for number one and the UK on $4.1m in second place.

Scandinavia generated $1.6m from wide release in Denmark and Norway and a 70mm release in Sweden while Russia produced $1.3m and Brazil $1.5m including previews.

Medusa’s Quo Vado? reigned supreme in the local charts on $11.5m and has amassed $52m.

The Big Short added $4.7m from 24 for $9.7m and opened in second place in Italy behind local title Quo Vado on $1.9m. France has generated $4.4m after three weekends.

Point Break opened top in Mexico on $1.9m and scored a confirmed number one in Colombia on $610,000.

It also opened top in Venezuela on $122,000 and took approximately $320,000 from Central America. Russia has generated $5.3m after three sessions.

In The Heart Of The Sea stands at $63.2m and stands at $1.4m after two weekends in Argentina. Creed has amassed $14m.

JANUARY 11 UPDATE: The Danish Girl opened in a further eight territories and generated $3m from ten overall to reach an early $6.8m. UK audiences responded to the drama’s five mid-week BAFTA nominations and delivered $1.8m for $5.4m in the second session.