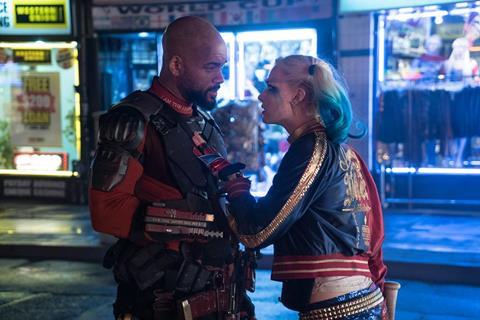 The numbers mean that combined with $161.1m from North America, the film has reached $326.1m worldwide within the first week.

The UK leads the way on $19.7m, followed by $14.9m in Brazil, where Suicide Squad has overtaken the lifetime total of Marvel Studios’ Guardians Of The Galaxy after six days.