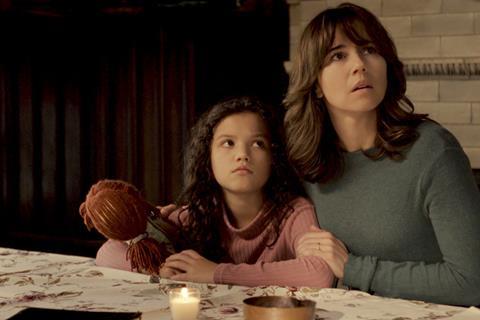 ‘The Curse Of La Llorona’

APRIL 22 UPDATE: The Curse Of La Llorona opened top of the global box office for Warner Bros over the weekend, earning a confirmed $55.4m including $29m from 71 international markets as it toppled stablemate Shazam! as the superhero adaptation crossed $200m internationally.

UPDATED: The Curse Of La Llorona, the latest film to hail from The Conjuring universe, based on a Mexican myth about the ghost of a woman who drowned her children, ranked number one across Latin America, where executives said it was tracking 6% ahead of the opening weekend of The Conjuring and more than 100% ahead of that of Pet Sematary.

It also ranked number one across Asia, where brass claimed it was tracking more than double the opening weekend of Pet Sematary. Results across EMEA were tracking roughly on par with The Conjuring’s opening weekend.

Captain Marvel brought in $16m globally to reach $1.09bn and overtook The Dark Knight Rises to become the eighth highest superhero release, and the 25th highest film overall at the worldwide box office. A $6.8m international haul from 49 material territories elevated the tally to $690.1m, with China the lead market on $153.8m, followed by the UK on $49.8m, and South Korea on $45.1m, Brazil on $37.8m, and Mexico on $33.2m.

In the first weekend that Disney executives reported Fox International grosses since the company completed its $71.3bn acquisition of the entertainment assets of 21st Century Fox, they said Bohemian Rhapsody had reached $685.5m internationally, $901.8m worldwide, and an “outstanding” $115.7m in Japan. Foxstar’s Bollywood drama Kalank opened in India and the UK on $10.3m, earning $9.5m in India and $799,539 in the UK. Faith-based drama Breakthrough starring Josh Lucas added $2.8m for a $5.8m running total from 20 markets. It earned a further $1.7m for $3.8m in Brazil after two weekends, and opened in Mexico on $441,655.

Hellboy brought in a further $3.4m to stand at an early $18.2m. David Harbour, Milla Jovovich and Ian McShane star in the supernatural superhero adaptation.

UPDATED: Us from Jordan Peele crossed $75.4m from 63 territories following a $1.8m haul from 58 in play, as the worldwide running total reached $245.8m. Australia delivered the best holdover result on $387,000 for $6.3m after four weekends, and the lead market remains the UK on $12.6m after five. The horror film arrives in Mexico on May 3, and in Japan on August 23.

Super producer Will Packer’s latest comedy Little, a body-swap story that stars Issa Rae, Regina Hall and Marsai Martin, grossed $1.4m from 13 territories to settle on an early $4.8m, and $34m globally. It opened in South Africa on $141,000, and stands at $1.8m and $1.3m in the UK and Australia after two weekends, respectively.

DreamWorks Animation’s How To Train Your Dragon: The Hidden World stands at $355.6m internationally, and $514.7m worldwide. Wrestling drama Fighting With My Family with Florence Pugh has grossed $5.1m from 20, and Neil Jordan’s psychological thriller Greta starring Isabelle Huppert and Chloe Grace Moretz stands at $1.4m, and opened in the UK on $442,000 at number nine.