The Revenant grossed an estimated $33.8m from 48 markets as the running total reached $104.5m. 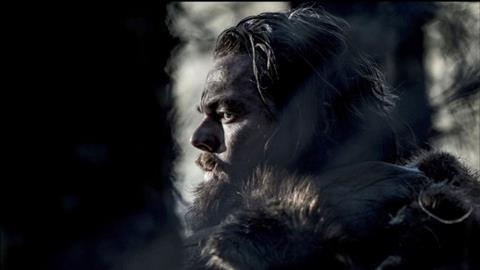 The top debutant was director Alejandro G Iñárritu’s native Mexico on a mighty $5.3m, followed by Denmark on $963,000.

Star Wars: The Force Awakens overtook Jurassic World last week to become the fourth biggest international release in history and added $23.3m at the weekend to reach $1.06bn.The film added $37.6m globally and held on to number one in Japan for the sixth consecutive weekend and stands at $80m.

China’s $112.7m running total means the film is highly unlikely to overtake Titanic’s $2.19bn final score to rank as the second biggest release of all time behind Avatar.

The film broke records across Latin America as it grossed $4.8m overall and scored the biggest debut for a new YA property in 13 markets. Brazil led the way on $1.6m and Peru delivered $692,000.

Point Break grossed $1.3m from 14 Warner Bros markets for $16.1m, which rises to $84m including Lionsgate International licensees. Russia is the top market on $5.5m, followed by Mexico on $4.9m and Colombia on $1.6m.

The Hateful Eight added $8.7m to reach $50m from a total of 40 territories. The Western opened top in Australia on $2.3m including 70mm previews and ranks number two in its second weekend in Argentina where it has grossed $717,000.

It has grossed $10m in France and $9.6m in the UK after three sessions, $3.5m in Spain after two and $2.5m the Netherlands after three. Scandinavia has generated $6m.