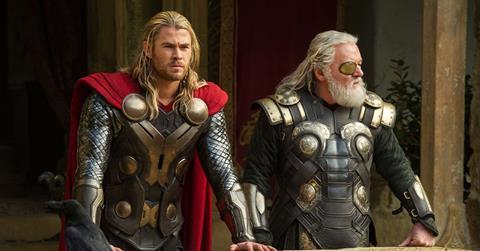 The ever-popular Marvel franchise shows no sign of audience fatigue as Thor: The Dark World hammered its competition to top the UK box office on debut.

Sony’s animated sequel enjoyed a healthy half term, taking $8.5m (£5.3m) over the past seven days to stand at an early $14.4m (£9m). It’s already overtaken its predecessor’s $10.5m (£6.5m) UK result and with no new animation openers until eOne’s Free Birds on Nov 29, should enjoy a long run at the box office.

Capping off a terrific October for Sony, Captain Phillips posted a great hold in its third week, dropping 33% on its way to $2.6m (£1.61m).

Pathe’s Philomena, distributed in the UK through Fox, is off to an excellent start as it charted fourth with a $2.4m (£1.5m) debut from its 510 sites.

Philomena’s midweek performance should be strong, given both the “grey pound” and its critical acclaim, and its holdover next weekend will go a long way to showing if it can replicate Best Exotic’s long UK run.

Falling 54% in its second week, Entertainment’s One Chance dropped to ninth as it grossed $540,000 (£340,000) according to figures from The Weinstein Company.

While it probably won’t surpass Shrek 2’s $76.7m (£48.1m) tally as the UK’s second biggest animation, the sequel has set a tough target for the likes of Frozen, The Hobbit: The Desolation of Smaug and The Hunger Games: Catching Fire to beat.

Child’s Pose and Milius both received limited releases through StudioCanal this weekend, posting debuts of $3,000 (£1,874) from two sites and $302 (£189) from one sites, respectively.

This week’s only saturation release comes in the form of the Warner Bros’ highly anticipated sci-fi Gravity (opens Nov 7), which has already made over $400m worldwide.

Soda’s Seduced & Abandoned and Dartmouth Films’ How to Survive a Plague are among the films receiving a limited release.