Busan to open with India's 'Zubaan'

The 20th Busan International Film Festival (BIFF) has announced its line-up of 304 films from 75 countries with 121 world and international premieres. 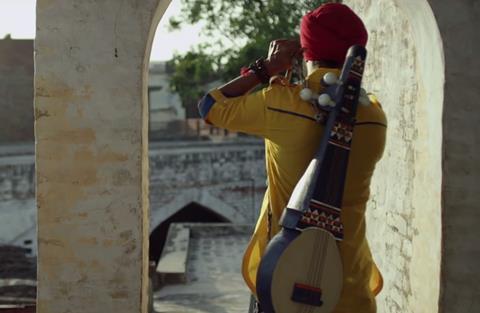 Produced by Guneet Monga (The Lunchbox), Zubaan is about a young man’s search for values and self.

BIFF will close Oct 10 with the world premiere of Chinese film Mountain Cry, directed by Larry Yang, based on Ge Shui-ping’s award-winning novel.

Other Asian masters set to attend include Eric Khoo with Singaporean 50th anniversary omnibus 7 Letters, Bahman Ghobadi with the world premiere of A Flag Without A Country, Johnnie To with Office, and Lav Diaz with a work-in-progress at the Asian Film Market.

All eight New Currents competition films from ten countries will be world premieres.

This year’s Wide Angle section of shorts, documentaries and animations include nine world premieres and one international premiere in the Documentary Competition, including Kang Seokpil’s Korean film Boys Run and Chie Mikami’s Japanese film We Shall Overcome.

The Flash Forward section for non-Asian newcomers includes world premieres such as Federico Borgia and Guillermo Madeiro’s Clever from Uruguay, Aron Lehman’s Highway To Hellas from Germany and Arturo Ruiz Serrano’s The Exile from Spain.

Special programmes this year include the previously announced Asian Cinema 100, hidden masterpieces of the 1960s, a French cinema retrospective and Open Cinema featuring hits such as Baahubali: The Beginning andMonster Hunt.

The Asian Film Market, with its previously announced Asian Project Market line-up, will also launch an Entertainment IP Market, a Works-in-Progress showcase and hold forums including one on producing blockbusters in China with leading producers from that market.