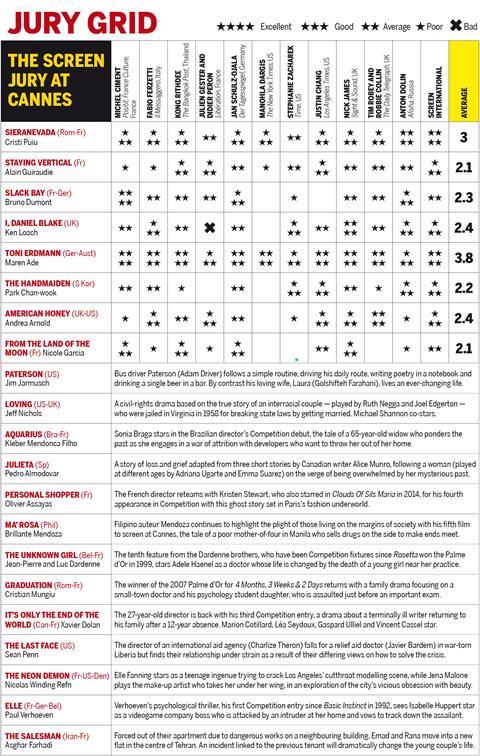 The road movie registered a maximum four stars from a possible four from the UK’s Tim Robey and Robbie Collin, while Russia’s Anton Dolin, the US’s Stephanie Zacharek, and France’s Michele Ciment all awarded it a solitary star.

Overall, it aggregated a 2.4 rating, putting it mid-pack, and level with Ken Loach’s I, Daniel Blake.

The day’s other debutant, Nicole Garcia’s From The Land Of The Moon, also proved divisive, receiving a trio of three-star ratings alongside three one-stars.

Still sitting pretty at the top of the grid is Maren Ade’s Toni Erdmann, which received the highest rating in the Grid’s history.