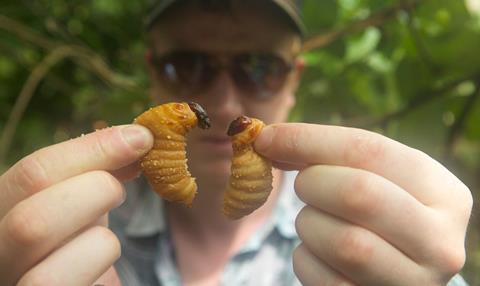 Kino Lorber has snapped up US rights from to Bugs, a documentary that investigates the growing cuisine trend of edible insects.

The film debuted at Tribeca and produced by Sigrid Dykear of Danish Documentary, with the deal secured by Autlook Filmsales.

Director Andreas Johnsen’s documentary sets out to unearth the role bugs will play in the future of agriculture and to break down the cultural barriers keeping insects off our plates.

Further sales include Canada (BlueIce/Kinosmith), Spain (Canal+), Norway (NRK), Poland (Against Gravity) and Greece (Anemon). Japan, Italy and Australia are in discussions, while Cinema Delicatessen will release Bugs in The Netherlands.