International film production is big business in London, but it also inflicts great damage on the environment. Caroline Parry looks at the efforts to reduce the impact 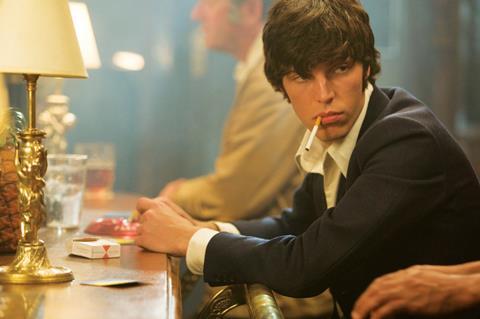 With its world-famous landmarks and glamorous locations set against seedy bars and grimy backstreets, London will always be a draw for international film productions. The UK capital attracted 113 film shoots last year and the industry, alongside TV and other media, contributes an estimated $21.5bn
(£13.6bn) to the city’s economy.

The benefits to shooting in London are clear but production also takes its toll on the environment. According to London mayor Boris Johnson, the film, TV and commercials production industry produces around 125,000 tonnes of carbon emissions each year, the equivalent of 24,000 London homes. This figure excludes distribution, exhibition or production office travel.

While film’s impact on the London environment is not sustained ― it lasts for as long as production is on location ― and its carbon emissions are relatively light in comparison to heavier industries such as manufacturing, Film London was asked by the mayor’s office to look at its contribution to carbon emissions as part of the citywide Climate Change Action Plan. The result is Green Screen ― the first environmental initiative for the production industry ― which was officially launched at Cannes in May.

According to Film London chief ­executive Adrian Wootton, Green Screen is a starting point, acting as a catalyst to encourage production companies to think about the small changes they can make. “It aims to be a practical guide. It isn’t ridiculous so people feel that it can be achieved.”

The bulk of the ideas put forward in the Green Screen initiative are as simple as switching to lower wattage bulbs, reducing energy consumption and re-using materials, including sets and props ― which, it points out, should also help to save money.

“It aims to be a practical guide. It isn’t ridiculous so people feel that it can be achieved.”

Film London, working with partners such as the UK’s Carbon Trust, has developed a carbon calculator specifically for the production sector, which can help productions, studios and companies calculate their carbon emissions. Once they know this, it is possible to set goals and deadlines to achieve them.

These range from suggestions relevant to any office-based company, such as turning off lights and computers and making it easier to recycle, to more specific suggestions for productions on location such as trying to use local power sources rather than generators, using public transport, swapping planes for trains and even car sharing. It also sets out questions to ask during the pre-production process and suggests writing green policies into contracts to encourage suppliers to become involved.

It is still early days for the strategy and it is difficult to gauge how widely it has been taken up. Green Screen counts actor and screenwriter Emma Thompson as a supporter. It is understood the shoot for Working Title’s Nanny McPhee And The Big Bang, in which Thompson stars, took many Green Screen recommendations on board, such as using double-sided scripts.

“Green issues are a priority for everyone and every industry and it is great to see London is leading the way for the UK’s production community.”

Sony’s Cemetery Junction, the debut feature co-directed by Ricky Gervais and Stephen Merchant, implemented Green Screen’s recommendations on bottled water ― giving the cast and crew their own metal bottles rather than using plastic (see case study, opposite) and Ealing Studios has also adopted many of its proposals. The initiative has also been sent out to regional screen agencies across the country.

James Spring, Ealing’s managing director, says: “We realise there is much work to be done in this area but see this guide as a fantastic starting point and something our industry needs. Green issues are a priority for everyone and every industry and it is great to see London is leading the way for the UK’s production community.”

The impact of Green Screen will be assessed for the first time this autumn, during an annual survey looking at the London Film Partnership, an alliance of stakeholders in the film production industry. Specific questions will be asked about how Green Screen is being implemented but Wootton admits it is not yet clear how to assess whether the scheme is reducing emissions. “First we need to look at how it’s being used and the awareness of it, and then we will look at it statistically.”

The mayor’s office wants to cut London’s carbon emissions by 60% by 2025 and the film industry will be expected to contribute towards that figure. But it is not something Wootton believes will happen quickly. “Over the next two to three years, we’ll be able to look at the impact we’re having on the big number.”

“First we need to look at how it’s being used and the awareness of it, and then we will look at it statistically.”

The next stage of Green Screen will be to develop a network of green suppliers, such as catering and waste disposal, which should be launched early next year. Meanwhile, the UK Film Council is understood to be developing similar initiatives for the distribution and exhibition industries, also for next year. The UKFC declined to confirm plans but says it is committed to helping Film London reduce film’s carbon footprint.

“We have to strike a balance between hectoring and demanding,” says Wootton. “We’re partnering on this. The big players do feel that they have a responsibility and the industry has to take its place, but we are taking baby steps. It’s still early days.”