DIRECTOR: How do you get Judi Dench to appear in her first short film? 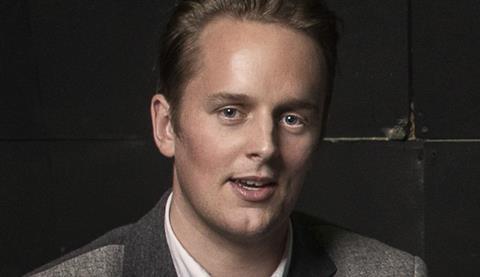 Foggin’s first low-budget feature, the $423,000 (£250,000) Kids In Love, starring Will Poulter, Alma Jodorowsky and Cara Delevingne has just shot for Ealing Films, yet Foggin isn’t particularly well-connected in the industry.

“I went to study media and film at Northumbria University, Newcastle with not a single contact in this business,” he says. “I was working in a sandwich shop and a guy knew someone who knew someone who put me up for a job as an assistant floor runner on an ITV drama and I took it from there.”

With gusto: now he is prepping his second feature, from a script by Stefan Golaszewski (Him & Her, the play Sex With A Stranger) for Ruby Films. Submarine’s Craig Roberts is attached to star in How I Fell In Love, which is being made with Ruby Films, the BFI and Protagonist.

“I have a simple way,” says Foggin of his style. “I love the Richard Curtis/Woody Allen way of soft romantic comedy — I have a great family, friends, a beautiful wife, that’s my approach with it. 12 Years A Slave is an incredible film but I wouldn’t know where to start with that.”

With Dench, “I met her and she agreed to be in a short before I even had an idea.”

Centring it around social media made the actress “as nervous as I was”, says Foggin, “but I said, ‘Just trust me. I know I’m young, but this is my generation, my thing.’”