Comment: The first online Berlinale has left the industry dazed but delighted 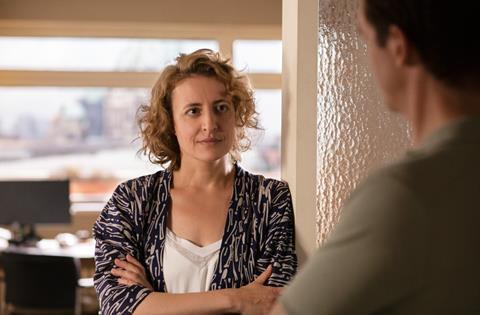 Is that a sense of satisfaction, or shellshock, as Berlin’s online screening rooms slowly start to shut down?

The full-tilt boogie of a five-day slimmed-down Berlin film festival coupled with the eruption of a pent-up online European Film Market has left the industry dazed yet delighted. The intensity of the world’s first-ever fully online competitive A-list festival and concurrent market was never on a 2021 wish list. But it was a success, on both fronts. Business was good; the festival delivered (more on that later).

Buyers and sellers have started to drift away from their desks, rubbing their eyes in awe at how full-on a Zoom festival/market can be. Certainly, nobody wants to be back in their home offices come next February, but even the most ardent worshippers at the altar of 35mm can see that there are elements of this year’s Berlinale that can be carried forward to further iterations.

The festival’s pivot to online for press came late in the day, as co-heads Carlo Chatrian and Mariette Rissenbeek held out for a physical event (which will now take place in July). Like the other members of the Big Four - Venice, Toronto and especially Cannes - Berlin is a very particular festival, taking place in Germany’s capital city where it delivers a large number of films to a huge, local audience, completely aside from press and industry. It has a very big market. Although the artistic direction of the Berlinale has changed over the years, the selection of films in its main strands – Competition, Special, Panorama and the new Encounters – does not tend to lead itself to big, splashy deals, a la Sundance. Since Oscar date shifts, the “star” presence in Berlin has tended to be led by films which have gently slipped out of the awards race. (Recent titles in point: Genius, Alone in Berlin, Damsel, A Long Way Down, The Kindness Of Strangers, Minimata). Occasionally it hits critical and audience gold, and mostly with Wes Anderson titles (Isle Of Dogs, Grand Budapest Hotel).

This is a background to the line-up this year, in which the Competition was reduced to 15 titles, and the biggest name, depending on your perspective, was either Jeremie Renier in Xavier Beauvois’ Drift Away (not very warmly received) or Dan Stevens in I’m Your Man (an actor still in critical rehab after Blithe Spirit). The Europudding titles were stripped out, and what was left was a real selection, undoubtedly the best in years when viewed as a whole. Yes, some of the titles look forbiddingly austere from afar. And with none of last year’s bigger Berlin films shown in cinemas yet, expectations must now be realistic about the idea of a “break out” hit or wide future exposure for these pieces. But every single one was a journey worth taking. And if festivals have questions about their future, the Berlinale 2021 shows that curation is the answer. Even of the uncompromising kind.

The jury, comprised of past Golden Bear winners, was even-handed and acknowledged even a comedy with an acting award for Maren Eggert in I’m Your Man, although in selecting Radu Jude’s Bad Luck Banging for the Golden Bear they followed a pronounced Berlinale tradition of opting for the most polarising title. That was the only film ostensibly shot in lockdown: a relief, because as Love Lessons (in the Special section), or Malcolm & Marie, or Locked Down have demonstrated, the last thing audiences want to watch right now on their home screens is out-of-work actors stuck in Zoom. Instead, the Berlinale took us to all corners of modern-day life, proudly global and presenting thoughtful, accomplished and engaging cinema through which we escaped into challenging other worlds.

The 71st Berlinale was a one-off; a moment in time which will probably never be repeated. And undoubtedly, both the industry and critics were hungry going in for the experience it could provide. People were ready.

As eyes now blearily focus on Cannes and a turbulent time ahead trying to balance the festival world with the pandemic, there are surely some takeaways from Berlin. From the festival side, curation, yes, as Sundance proved, but also access. Online press access means these films can be seen; the net is cast wide. Even with the funds to attend Berlin, queueing and scheduling and sold-out screenings means this isn’t always the case for press and industry who attend. Certainly, no critic would argue the merits of watching a Competition film on a smaller screen, but neither can it be argued that all the films in every one of Berlin’s generously-programmed selections demands a giant auditorium in which to be appreciated.

Change is tough and often brings rewards. The online markets are beginning to work as the industry adjusts. A hybrid is the next step. Because nothing beats physical contact for buyers and sellers. Virtual rose won’t cut it on the Croisette, especially not during the cold winter months, as rumours were swirling by the end of the Berlinale.

Forest – I See You Everywhere
Petite Maman
Fabian – Going to The Dogs
I’m Your Man
Wheel Of Fortune And Fantasy
Bubbling under: Mr Bachmann And His Class