Stan McCoy is president and managing director at the ‎Motion Picture Association’s EMEA arm. Below, he outlines his seven key pieces of advice for the UK’s new culture secretary Matt Hancock, including his approach to piracy, Brexit and advocacy for the UK’s creative industries. 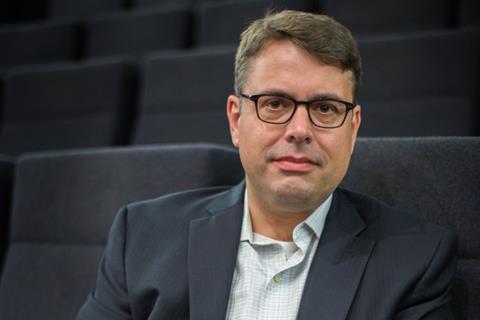 Britain’s Culture Secretary has only been in the job a week, but he has wasted no time embracing the UK creative industries, praising them for giving “a massive boost to our economy” and urging them to ’motor on in 2018’.

For Matt Hancock, as for any new leader, the first weeks on the job offer a unique opportunity to write the screenplay for a successful tenure.

Be a passionate ambassador for the creative industries

We are one of the country’s most valuable economic and cultural assets – worth almost £92bn, growing at twice the rate of the economy, and making a positive contribution to the UK’s balance of payments. Britain’s status as a center of excellence for the audiovisual sector in particular is no accident: It results from the hard work and genius of our creative workforce, complemented by the support of governments that have guided their policies toward enabling continued excellence and growth.

The new Secretary of State should make platform responsibility a priority. A joined-up strategy to curb proliferation of illegal, often age-inappropriate and malware-laden content online must include addressing the websites, environments and apps that host and facilitate piracy.

In addition to hurting one of Britain’s most important industries, they are overwhelmingly likely to harm children and adult consumers through nasty ads, links to adult content with no age verification, scams, fraud and other unpleasantness.

Building on last year’s voluntary deal with search engines, the Government should stay at the cutting edge of ensuring that everyone in the ecosystem – including search engines, platforms and social media companies – takes a fair share of responsibility.

Illegal streaming devices loaded with piracy apps and malware – not to mention the occasional electrical failure – are proliferating across the UK, to the detriment of consumers and industry.

The sector is still waiting for the Intellectual Property Office to publish the report on its Call for Views on this subject. This will be one of several opportunities, along with the promised Digital Charter, to make clear that these devices and the apps and content they supply are unacceptable, dangerous to consumers, and harmful to the creative industry.

More flexibility in the Apprenticeship Levy would help, but the Government must also ensure there are no unintended consequences from its targets, and that these do not undermine existing voluntary sector-specific skills levies and other similar programmes that are putting Britons to work in film and television. Likewise, embrace the industry’s efforts to educate people of all diversity profiles about career opportunities.

Of course, the elephant in every room is Brexit. It was worrying to read that almost 27,000 creative sector jobs could be under threat from a ‘no deal’ hard Brexit, according to analysis commissioned by London’s mayor. In fact, audiences and workers on both sides will benefit from preserving two-way trade – whether in the form of licensing audiovisual services, welcoming creative workers, or preserving the ease of cross-border collaboration in film and television production.

Britain’s audiovisual sector is a dual cultural and commercial success story, and could be a leader in showing how high-value export and investment-driven industries can make the most of the opportunities of new relationships inside and outside Europe.

The Government has the opportunity to capitalise on its strong creative export sectors – in particular by working with the industry to explore the potential of further developing non-EU markets for UK audiovisual exports, while sustaining our large and mutually beneficial trade with the EU.

The UK still has a vote and a responsibility to work with EU Member States to shape the EU’s Digital Single Market agenda in 2018. Most important is to oppose the “buy one Member State, get the rest thrown in” approach to licensing broadcaster online services. This is a point where the UK can work constructively with other member states trying to make sure the Commission does not inadvertently undermine the system of financing productions and thus limit the content available for consumers.