The distributor has acquired US rights to Roy Andersson’s absurdist comedy that scooped the top prize at this year’s Venice Film Festival. 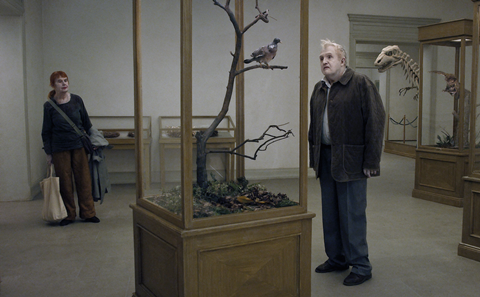 A Pigeon Sat On A Branch Reflecting On Existence received its North American premiere in Toronto and has earned the backing of Darren Aronofsky and Alejandro González Iñárritu as presenters in the run-up to the spring release.

It marks the third film in Andersson’s trilogy after Songs From The Second Floor and You The Living and is a series of vignettes about a pair of travelling salesmen in search of a shop.