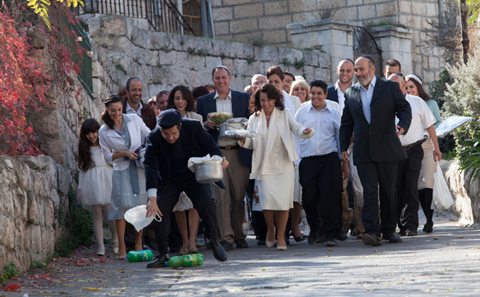 Pie Films and United King produced the story about female members of an Orthodox community who rally together after the collapse of the women’s balcony in a Jerusalem synagogue.

Emil Ben Shimon directed from a screenplay by Shlomit Nehama in their feature debut.

Menemsha Films brokered the deal with Pie Films and plans a theatrical release in the first quarter of 2017.

“We just fell in love with this film from its first screening in Toronto,” said Menemsha’s Neil Friedman. “We are confident that the rest of North America will love this film and we cannot wait to get started on the release of this film.”

“We always try to find partners who believe in our films as passionately as we do, and we are confident Menemsha will make sure this uplifting important story reaches the wide audience it deserves,” said Pie Films.

The film will receive its North American premiere at the 54th New York Film Festival, followed by a theatrical release in January 2017.

“Son Of Joseph brilliant cast, including French star Mathieu Amalric, La Sapienza lead Fabrizio Rongione, and Victor Ezenfis in a breakthrough performance as our biblical teenager, all playfully inhabit Eugène’s droll theatre of ideas in ways that make this his most intelligently charming and audience friendly film yet.”