The Raven Banner specialty label has acquired Canadian rights to Kevan Funk’s film ahead of its world premiere in Toronto’s Discovery section next month. 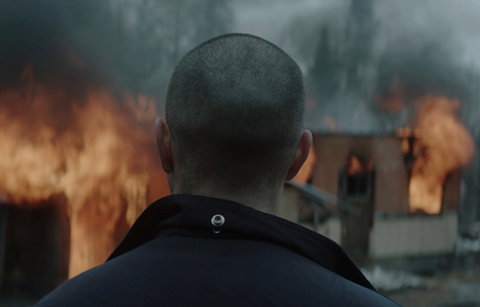 Hello Destroyer stars TIFF Rising Star Jared Abrahamson as a shy enforcer on a hockey team whose life is shattered by an act of violence during a game.

As he struggles with the repercussions he learns more about the brutal world of his locker room compadres.

Haydn Wazelle of Tabula Dada and Daniel Domachowski of Type One produced Hello Destroyer and Christine Haebler and Trish Dolman served as executive producers. Telefilm Canada participated in the development and financing.

“Like the vast majority of my short film work that I have made leading up to this, the film is intended to be engaged in social and cultural criticism,” said Funk.

“It’s a breakthrough performance everyone must see,” said Northern Banner’s managing partner Andrew Hunt. “Kevan Funk is a powerful new voice in Canadian cinema and we are excited to be working with him on this impressive first feature.”