EXCLUSIVE: Hot Cannes package You Were Never Really Here has secured a UK deal; shoot due to get underway late summer. 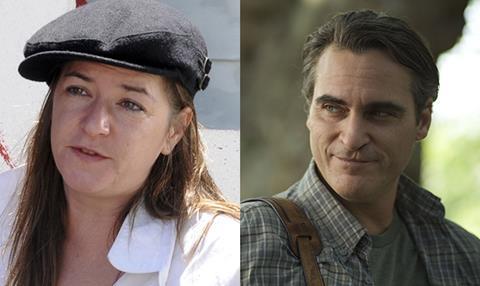 Studiocanal has swooped on UK rights to Lynne Ramsay’s anticipated thriller You Were Never Really Here which will star Joaquin Phoenix as a damaged war veteran who becomes a freelance rescuer of women trafficked into the sex trade.

Shoot is due to get underway in New York in late summer on the film which has attracted significant heat from buyers since its launch at Cannes where North American rights were snapped up by Amazon in a multi-million dollar deal.

In the film, a storm of violence and corrupt power is unleashed against Phoenix’s character after the extraction of a girl from a Manhattan brothel goes wrong.

Pascal Caucheteux, Rosa Attab and James Wilson are producing for Why Not Productions with Page 114 on board as co-producer. The UK’s Film4 and British Film Institute supported development of the project and are in talks to co-finance.

Wild Bunch’s label Insiders handles all territories aside from the UK and France which are being handled by Why Not.

The film is shaping up to be a blue ribbon package, combining as it does Ramsay, three-time Oscar nominee Phoenix, Jacques Audiard’s regular producers Why Not - which also produced on Cannes Palme d’Or winner I, Daniel Blake and hit horror franchise The Purge - Under The Skin producer James Wilson and Vincent Maraval’s Wild Bunch.

Studiocanal’s upcoming UK release slate includes a bevvy of anticipated titles including Free State Of Jones, Freefire, Gold, Manchester By The Sea, The Founder and Silence.