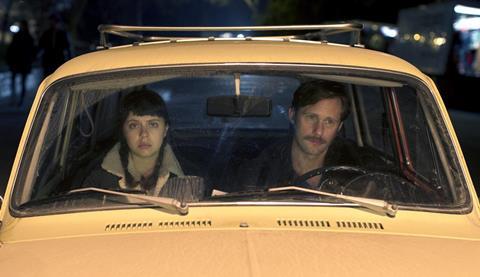 The filmmakers and UK distributor behind Sundance hit Diary of A Teenage Girl have been left frustrated by the British Board of Film Classificiation’s (BBFC) decision to award the film an 18 certificate.

The team behind the film, which was written, directed and produced by women, have been fighting the BBFC certificate which they claim was classified by a panel consisting only of men.

According to Vertigo, the 18 certificate was issued due to the ‘theme and manner’ of the film, with the BBFC citing the main concern as the sexual relationship that occurs between the protagonist who is 15 and her mother’s 35-year-old boyfriend.

Bel Powley, Kristen Wiig and Alexander Skarsgaard star in the story of a teen artist living in 1970s San Francisco who enters into an affair with her mother’s boyfriend.

Vertigo and the filmmakers pointed to films Fish Tank (2009), Kidulthood (2005) and The Reader (2009) as other examples of 15 films featuring underage sex.

The BBFC explained its decision: “Diary of a Teenage Girl has been classified 18 for ‘Strong sex’. The sex scenes and references are too numerous and sustained for a 15 classification to have been defensible.”

Speaking to Screen, a spokesperson for the BBFC also countered the claim that only men had seen the film: “It is not true that the film has only been seen by men at the BBFC.”

Distributor Vertigo commented: “We are massively disappointed with the final ruling. The film has been viewed by men at the BBFC and we feel that they have missed the point of the film and its message. The film explores female sexuality with boldness and honesty in an un-exploitative manner.

“In an age where young women are still continually being sexualised and objectified we feel The Diary of a Teenage Girl sends a very positive, reassuring message to young girls about female sexuality and body image. It is a shame that audience will not be able legally see a film that was made by women for women of all ages.”

Director Marielle Heller said: “A girl’s coming of age is rarely seen on screen or given the same treatment as a boy’s. The media has endlessly told teenage girls that boys are the only ones who are going to want sex.

“As girls, we have been trained for a long time to relate to a male protagonist, to feel their stories and to be invested in them. And there’s no reason why we can’t invest in female characters the same way. Sexuality is something we’re both experiencing and so if one side’s perspective is reflected, the other side should be reflected too. Women’s stories should be explored and celebrated too.”