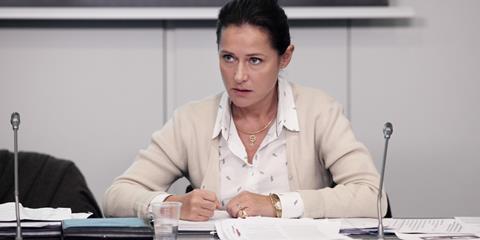 Emmanuelle Bercot’s 150 Milligrams (La fille de Brest) is to receive its European premiere as the opening film of the 64th San Sebastian film festival (Sept 16-24) - making it the first film directed by a woman to open the festival since its launch in 1952.

Based on Irène Frachon’s autobiographical book Mediator 150mg, the film centres on a doctor who discovered the direct relationship between a drug and a number of suspicious deaths, and sets out to reveal the truth.

Danish actress Sidse Babett Knudsen (Borgen) and French actor Benoît Magimel (La Haine) star in the film, which will world premiere at Toronto before going on to play in competition for the Golden Shell at San Sebastian.

150 Milligrams is a Haut et Court production. Wild Bunch handles sales. Caramel will release the film in Spain this December.

US actor Ethan Hawke is to be honoured with a Donostia Award at this year’s San Sebastian.

The award will be presented to the Before Sunrise and Training Day star on Sept 17 in a ceremony celebrating his three decade-long career prior to the festival’s gala screening of The Magnificent Seven.

Last year, the festival opened with Alejandro Amenábar’s Regression, starring Hawke, who was unable to attend due to his filming commitments on The Magnificent Seven.