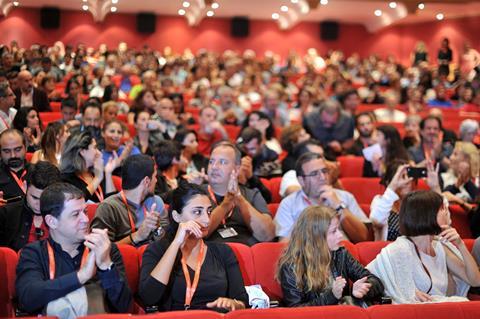 There are few film festivals around the world that kick off with a public parade through the city streets, but such a procession is a longstanding tradition for Turkey’s International Antalya Film Festival.

In a custom dating back to the early days of the event, which was founded in 1963, local stars and international guests pile into open-topped vintage cars festooned with flowers. They drive through the streets to be feted by well-wishers packing the sidewalks of the vibrant city, home to nearly 2.3 million on Turkey’s southern Mediterranean coast. Some 3,000 people from 30 countries attended last year’s festival.

Antalya’s 54th edition unfolds with newly appointed artistic director Mike Downey at the helm. He is working alongside Turkish producer Zeynep Atakan, the incumbent director of Antalya Film Forum, the festival’s co-production and project development market. The traditional opening day celebration will culminate this year in a glittering evening gala in the city’s new Expo 2016 Center.

Downey’s mission is to nurture an enthusiastic local audience while bolstering the festival’s appeal to the wider international film industry. “I want to put the films, the international competition filmmakers and the audience at the absolute heart of what we are doing,” says Downey. “The aim is to enhance the audience experience with not only the best in world cinema, but to bring them into direct contact with the artists who have chosen to come and share their work personally with the public.”

“My own films have screened at the majority of the world’s key festivals so I have a 360-degree perception of the event,” Downey explains. “Not just from the perspective of a critic, programmer, commentator and cultural worker, but from that of an active practitioner in the field. You bring something from that experience.”

Downey is the first non-Turkish national to hold the post of Antalya’s artistic director. He was appointed by Menderes Türel, the long-time mayor of Antalya and the man at the forefront of a drive to put Antalya on the map as a film-friendly city. It is part of a wider civic strategy to diversify the town’s economy beyond tourism, and transform Antalya into a location for international film shoots, complete with a tax rebate and a new studio complex. Both are at the planning stage.

Downey and the festival team —which includes Mirsad Purivatra, director of Sarajevo Film Festival who is assisting Antalya as a strategic adviser, and programmer Nesim Bencoya — have instigated a number of changes this year. 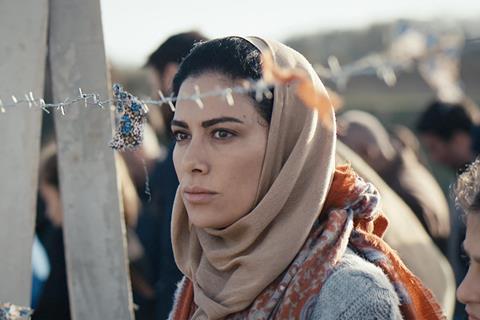 The biggest is the decision to combine the international cinema and Turkish feature film competitions into one international competition. It will see Cannes titles such as Michel Hazanavicius’s Redoubtable and Michel Franco’s April’s Daughter, among others, line up alongside Andac Haznedaroglu’s local title The Guest. The opening film will be the world premiere of Bosnian filmmaker Aida Begic’s refugee drama Never Leave Me, a Turkey-Bosnia co-production.

Further innovations include the introduction of a section called Cinema and Cuisine , which combines films with a culinary theme with foodie experiences in Antalya (see page 11). “We’ve had a lot of fun putting this together. Antalya is a great place to eat,” says Downey.

Young audiences are also catered for more than ever. “The children’s film selection is one that’s very close to my heart,” says Downey. “Quality children’s cinema is crucial to the survival of film as we know it.”

The festival has also set up a youth outreach programme, supported by the mayor’s office, that encompasses hundreds of educational institutions throughout Antalya to connect children and young people with the films showing at the festival. Almost 2,000 schoolchildren will participate in screenings and special Q&A sessions with visiting filmmakers during the festival.

For the first time, the whole festival is taking place in and around the state-of-the-art Antalya Cultural Center and a dedicated space in the surrounding park dubbed ‘Festival Valley’ (the opening and closing ceremonies are held at the Expo Center). The aim is to make the festival easier to navigate and attend for local and international guests alike.

“The locale is crucial,” Downey says. “This is the first year we have everything in one place — the hotel, cinemas, Film Forum and outdoor screenings. We have made a people-friendly location where the whole family can come and have a day at the cinema from morning to evening.”

The festival is also bolstering the activities of the four-year-old Film Forum, designed to connect Turkish filmmakers with the international industry. New initiatives include a support fund for films shooting in and around the city, a platform to connect projects with producers and a works-in-progress showcase for short films (see page 6).

The festival organisers are painfully aware of the domestic and geopolitical tensions that challenge Turkey at home and on its borders. The country continues to grapple with the fallout from the failed coup of July 2016, the threat of terror attacks linked to the ongoing Kurdish-Turkish conflict and the war in Syria. The impact of global refugee crisis also looms large in the country, which is home to 3 million displaced Syrian people, or roughly 45% of the Syrian refugees in the region.

Downey does not expect a fear of terror attacks to deter guests or affect local box-office numbers, citing solidarity for Turkey in the face of terrorism as well as the return of tourists to Antalya’s beaches this summer following a downturn in 2016. Current events will also be represented in the festival’s line-up, particularly in films by local directors. “Turkish filmmakers are taking notice of the world in which they live and are reacting to it,” says Downey.

The organisers aim to make the festival a relaxed and fruitful event for audiences, filmmakers and industry professionals. “It’s great place to come and, in a relaxed and convivial atmosphere, outside the madness of the bigger, more chaotic festivals, to meet one’s peers up close and personal,” says Downey. “And with a bit more time on one’s hands, to catch up and perhaps be creative as well.”