SCREEN SUBSCRIBERS: From domestic crime thrillers to broad comedies about debauched youth, Jeremy Kay previews a selection of the most anticipated local productions poised for release this year. 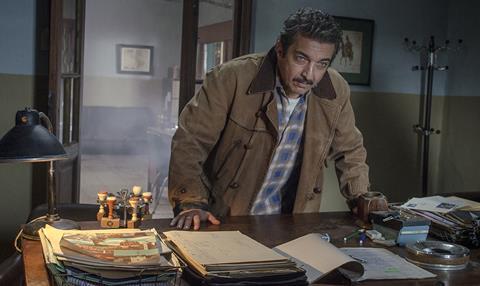 At The End Of The Tunnel

Leonardo Sbaraglia, one of the stars of Wild Tales, heads the cast of At The End Of The Tunnel (Al Final Del Tunel), a thriller about a man who rents a room and starts a relationship with a dancer who lives with her young child. When the newcomer discovers a crime taking place in a tunnel beneath the house, he realises there may be more to the woman than he first thought. Produced by El Arbol Contenidos and Haddock Films with Spain’s Tornasol Films. Warner Bros opens the film in Argentina on April 14.

The Black Frost (La Helada Negra) is Schonfeld’s second feature following 2012’s Germania. It explores a world where descendants of European immigrants cultivate their land and maintain traditions. One year the farmers endure a devastating frost that vanishes mysteriously when a woman arrives; she is subsequently worshipped by the locals. The film was made with support from Doha Film Institute and won the work-in-progress award at last year’s Mar Del Plata film festival. It is screening in the Berlinale’s Panorama section.

Argentinian superstar Ricardo Darin reunites with his Chinese Take-Out director on this $3.5m project, which takes place in the 1970s during Argentina’s ‘Dirty War’. Darin plays a Navy captain who refuses to fly clandestine missions dropping dissidents from planes. He lies low in a coastal city where he confronts a thuggish police chief as government agents close in. The film is produced by Pablo Bossi, whose credits include Nine Queens, with Telefe and Spain’s A Tres Media and Telefonica Studios. Koblic opens on May 12 via Disney.

No Crook, No Crime

Heist thriller No Crook, No Crime (Cien Anos De Perdon) is a Spain-Argentina-France co-production, led by K&S Films, the Buenos Aires-based producer of The Clan and Wild Tales. It follows bank robbers caught up in a plot to steal a box that contains compromising information placed there by a politician. The film opens on March 3 via Fox.

Lucchesi’s production company Salta La Liebre is the Argentinian component in this Argentina-Uruguay-France drama about a dying man who finds a young female stowaway on his yacht. Through his budding friendship with the woman, the man works out what went wrong between him and his estranged son. Julio Chavez and Pilar Gamboa star.

Burman’s latest film is opening Berlin’s Panorama showcase, 18 years after the director did the same with his feature debut A Chrysanthemum Bursts In Cincoesquinas (Un Crisantemo Estalla En Cincoesquinas). The Tenth Man (El Rey Del Once) paints a portrait of life in Once, the Jewish quarter of Buenos Aires. Burman won the Berlin Silver Bear in 2004 for Lost Embrace. Disney has local rights.

The new film from the award-winning director of La Cienaga and The Headless Woman tells the story of Spanish military officer Zama, who is awaiting promotion away from a South American backwater. Realising the order may never come, he attempts to boost his reputation and finds himself in a life-or-death hunt for a bandit who turns out to be one of his own soldiers. Zama is produced by Rei Cine with Brazil’s Bananeira Filmes. Disney is releasing the film in Argentina on June 2.

This broad comedy in the vein of The Hangover centres on three friends whose escapades involve girls, sex, drugs and parties. Casting will be announced shortly on what is expected to become one of the biggest local comedies of the year.