Baftas 2017: How 'Notes On Blindness' became a contender 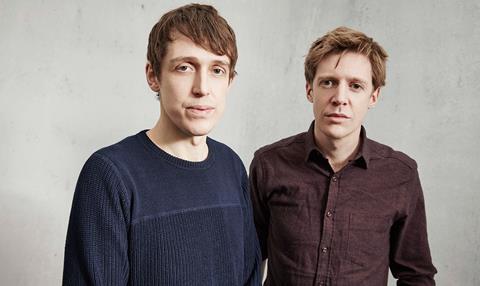 In late 2010, filmmakers Pete Middleton and James Spinney were researching blindness for a potential film project when they discovered a book by theologian John Hull, based on the audio diaries he kept as he began to lose his sight in the 1980s.

“We spent a few months getting to know John, and he was kind enough to share the original recordings with us, which had sat undisturbed on his shelf for 25 years,” recalls Middleton.

It was the start of a five-year collaboration that saw them initially make four-minute short Notes On Blindness: Rainfall - winner of best short at HotDocs in 2013 - before they teamed with Ellison, from production company Archer’s Mark, on a 14-minute short that eventually led to the Notes On Blindness documentary feature and an accompanying virtual-reality experience.

Israel-based Cinephil handled sales, and the film was distributed by Curzon Artificial Eye in the UK, where it grossed $100,000 theatrically.

“The first short was largely self-funded, with the support of a few small grants and the generosity of our cast and crew,” recalls Spinney.

It drew the attention of the BFI and Creative England, which helped fund the feature with the input of other partners including BBC Storyville, Cinereach and Impact Partners.

The film became a UK-France co-production when Arte France added support and commissioned the VR project.

Ellison recalls there were many challenges typical of a low-budget production, but the biggest was simply a lack of time.

“We had 18 days after we wrapped to deliver a rough cut to make the Sundance submission deadline,” he says. “We didn’t see a lot of daylight over those weeks.”

After securing a Sundance premiere, where they also debuted the VR project, the film went on to play Sheffield Doc/Fest, Karlovy Vary and Sydney.

The film won a BIFA in November for best documentary, while the VR project picked up the Storyscapes award at Tribeca Film Festival and the Alternate Realities VR award at Sheffield Doc/Fest.

The trio’s three Bafta nominations (the film is also up for best documentary and outstanding British film) are the cherries on top of a six-year journey following the discovery of the audiotapes.

“[The nominations] mean a great deal for all those people who have put their faith in us,” says Spinney. The trio intend to work together again, but remain tight-lipped on their next project.