Screen staff preview each of the titles in the Cannes Un Certain Regard section, which this year includes films from Omar El Zohairy, Sandrine Kiberlain and Layla Bouzid. 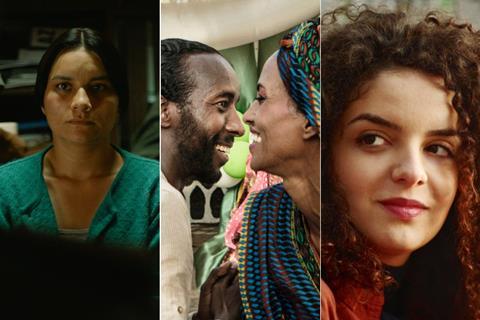 ‘Amparo’, ‘The Gravedigger’s Wife’, ‘A Tale Of Love And Desire’

Dir. Simon Mesa Soto
Soto has Cannes history after his Leidi won the short film Palme d’Or in 2014 and Madre took part in Cinefondation two years later. The Colombian director returns with his feature debut, which came through the Paris Coproduction Village and centres on a single mother’s struggle against a violent patriarchal society when she tries to free her teenage son from conscription to the army. Sweden’s Momento Film and Germany’s Flare Film are among the co-producers.
Contact: The Match Factory

Dir. Charline Bourgeois-Tacquet
Actress and shorts director Bourgeois-Tacquet — whose on-screen credits include Mia Hansen-Love’s Things To Come (2016) — makes her feature directing debut with this tale of romantic intrigue about a 30-year-old woman (Anaïs Demoustier) who is no longer sure she loves her boyfriend. When another man (Denis Podalydes) falls for her, she finds herself drawn instead to the woman with whom he lives (Valeria Bruni Tedeschi). France’s Les Films Pelléas and Année Zéro are the lead producers.
Contact: Pamela Leu, Be For Films

Dir. Vincent Le Port
Le Port’s previous directing and producing credits encompass drama and documentary of vary­ing lengths. Bruno Reidal — his official feature debut as director — is inspired by the true story of an event that occurred in France in 1905, when a 17-year-old seminarian murdered a child and then surrendered to the authorities. In Le Port’s film, the youth faces a panel of doctors who order him to write his life story to cast light on his actions. Le Port’s own Stank produces alongside Capricci Films, which also distributes in France.
Contact: Clément Chautant, Indie Sales

Dir. Khadar Ayderus Ahmed
Somali-born Finnish director Ahmed arrives in Cannes with a film billed as the first-ever Somali-language feature. Finnish-Somali actor Omar Abdi and Canadian model Yasmin Warsame star as a couple living in poverty in Djibouti who face financial pressure when she needs a kidney transplant. Ahmed developed the film as part of Cinefondation’s Résidence in 2015 and it won the post-production prize at Marrakech in 2019. Producer Bufo is also co-producer of Eskil Vogt’s Un Certain Regard title The Innocents.
Contact: Emilie Serres, Orange Studio

Dir. Elie Grappe
Lyon-born Grappe, whose credits include shorts Repetition and Suspendu, makes his feature directing debut with this coming-of-age drama following a 15-year-old gymnast (played by Nastya Budiashkina) who is torn between Switzerland — where she is training — and her homeland of Ukraine, where her journalist mother is reporting on the Maidan revolt. Grappe wrote the script with Raphaëlle Desplechin (Our Struggles). Producers are Tom Dercourt at Cinema Defacto (France) and Jean-Marc Fröhle at Point Prod (Switzerland).
Contact: Pulsar Content

Dir. Sandrine Kiberlain
Prolific French actress Kiberlain has more than 65 screen credits, which have earned her nine César nominations, including wins for To Have (Or Not) in 1996 and 9-Month Stretch in 2014. She now follows in the footsteps of her daughter Suzanne Lindon — whose Spring Blossom premiered at festivals last year — with her feature directing debut, set in Second World War Paris and concerning a 19-year-old Jewish woman (Rebecca Marder, who also appeared in Spring Blossom) leading a carefree life, seemingly oblivious to mounting dangers.
Contact: Renan Artukmac, France TV Distribution

Dir. Laura Samani
Further proof that there is Italian cinematic life beyond Rome and Milan, this debut feature hails from the northeastern region of Friuli Venezia Giulia, home to Nefertiti Film (producers with Rai Cinema) and director Samani — whose short The Sleeping Saint was part of Cannes Cinefondation in 2016. With dialogue in the Friulian dialect, Small Body (Piccolo Corpo) is set in 1900 and tells the story of a young mother who sets off on a journey with her stillborn baby.
Contact: Virginie Devesa, Alpha Violet 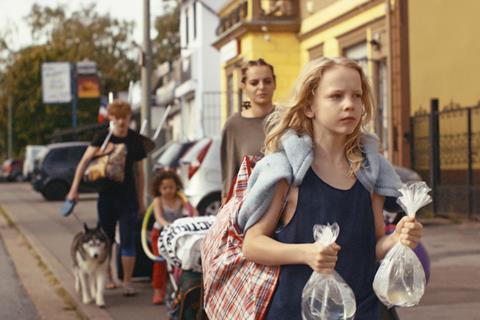 Dir. Samuel Theis
French actor Theis co-directed Party Girl, which played Un Certain Regard in 2014, winning the Camera d’Or for best debut feature. He also acted in the improvisational, documentary-feel film with his own mother and three of his siblings. Following roles principally for French television, Theis makes his solo debut as director with this tale of a sensitive 10-year-old boy who stands out from his neighbourhood in eastern France. Petit Nature (the film’s French title) is produced by Caroline Bon­marchand (Spring Blossom) for Avenue B Productions in co-production with France 3 Cinema.
Contact: Totem Films

A Tale Of Love And Desire (Fr)

Dir. Leyla Bouzid
Tunis-born Bouzid studied at the Sorbonne and La Fémis, later presenting her debut feature As I Open My Eyes at Venice Days in 2015. Her follow-up tells the story of 18-year-old Ahmed, from the Paris suburbs, whose horizons expand when he starts university, discovering sensual Arabic literature while falling in love with a Tunisian girl. France’s Blue Monday Productions produces with Arte France Cinema as co-producer, while Pyramide Distribution will distribute in France.
Contact: Eric Lagesse, Pyramide International

Dirs. Julie Lecoustre, Emmanuel Marre
French duo Lecoustre and Marre live and work between Paris and Brussels, and previously made 40-minute documentary short Castle To Castle (2018); Marre also has a number of solo credits. Their first feature together stars Adele Exarchopoulos as a flight attendant based in Lanzarote, floating between Tinder, parties and lazy days when not working for her low-cost airline employer — until she is abruptly dismissed and forced to return home. Belgium’s Wrong Men produces in co-production with France’s Kidam, while Condor and Cineart distribute respectively in France and Belgium.
Contact: Charades