The lowdown on all the Cannes 2021 titles 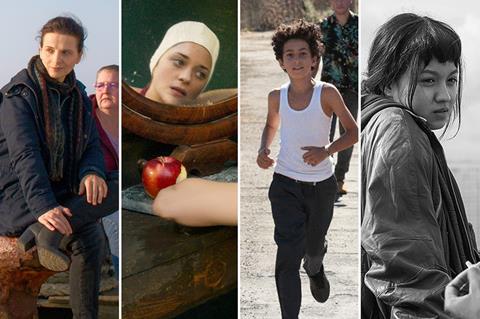 Last year, the raging Covid-19 pandemic forced Cannes to suspend its physical festival, opting instead for the Cannes label, which applied its coveted status to a list of titles, many of which then surfaced at other festivals. This year, Cannes may have missed its traditional May slot, but the upside is a physical event, unfolding amid rigorous health protocols.

Missing from the list here are female directors, which this year number four in Competition, including Mia Hansen-Love and Julia Ducournau, whose acclaimed Raw premiered in Critics’ Week in 2016. Cannes delegate general Thierry Frémaux instead points to Un Certain Regard, where there are eight female filmmakers, for those who want to find “the future of cinema”.

This year’s Cannes line-up is once again dominated by white film­makers — a topic likely to attract comment from Spike Lee, who is the first Black jury president, “not just at Cannes but at any big festival”, in the words of Frémaux.

The delegate general and his team made their selection from what was evidently an embarrassment of riches, hence the addition of high-profile strand Cannes Premiere — one of two new sections this year, alongside Cinema For The Climate. Major directors who previously played in Competition pepper the Premiere line-up, including triple Cannes prizewinner Andrea Arnold, six-time Competition entrant Arnaud Desplechin, Oliver Stone, Gaspar Noé, Italian veteran Marco Bellocchio (a recipient of an honorary Palme d’Or this year) and South Korea’s Hong Sangsoo.

Frémaux had toyed with making the Competition even more crammed than its 24-strong line-up, but, as he explains, “In the end, we had to think of Spike Lee and his jury and allow them to work under good conditions.” Even so, we imagine the jury discussions of five women and four men led by Lee — whose Do The Right Thing missed out on Cannes prizes in 1989, the year of Palme d’Or winner sex, lies and videotape — will be especially animated. We can’t wait to join them in discovering what promises to be — as always — a treasure trove of cinema.

Cinema For The Climate