CPH:DOX director Roser Corella - “I hope the film can be a tool to fight the system” 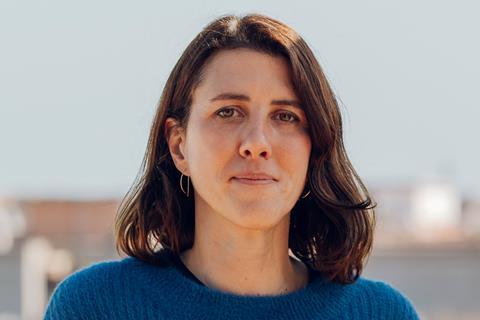 In Room Without A View, Spain-born, Berlin-based filmmaker Roser Corella travels to Lebanon and explores the stark reality of foreign domestic workers who work for meagre wages with a lack of basic human rights.

This portrait covers not just the workers but also their employers and the employment agents who act as middlemen. Abuses like this can happen around the world but are especially notable in Lebanon under the kafala system, an often-abused legal system used to monitor migrant laborers. And yet young women from Bangladesh, Ethiopia and the Philippines keep coming with dreams of making a decent living.

The film is making its world premiere on April 25 as part of CPH:DOX’s F:act Award competition. Florian Kläger produces.

When did you first get the idea for the film, and what was your connection to Lebanon?

This project started more than six years ago in Bangladesh, because at that time I was working on a project there. I discovered a huge number of women travelled from Bangladesh to the Middle East as domestic workers. I started to interview some women who had returned from Lebanon, and I was shocked to hear their experiences.

Most of the girls have no real information about the working conditions, and sometimes the foreign agencies lie to them about the work they will do, tell them they will work in a supermarket in the morning and have the afternoons to study. Then suddenly they are trapped in these houses without their passports or without the rights to leave the job.

The first idea for the film was to follow some girls from Bangladesh who were planning to go to Lebanon. But it was impossible to track the girls once they were in Lebanon, because they are basically locked in those houses. I lived in Lebanon for a year, and then I moved to Berlin and would go back and forth for much of 2018 and 2019. It is a very complex topic, and it was important for me to show the other side of this, why society allows this discrimination.

How did you find the girls and get them to trust you?

In Bangladesh it was easy because of the training centre or NGOs who work with girls once they go back. The ones who had left the work were more free to talk with me, but the others are afraid. They know something can happen to them and they are very vulnerable. Many are scared to talk because they knew that after the First of May demonstration (in Beirut), some workers who spoke to the media were deported. Like all documentaries, you gain trust by spending time and showing respect to them and show that you are going to be careful with their information.

How did you convince the employers to be part of the film?

That was the hardest part, to get the families to talk – even if it’s normalised in society, it is a taboo to talk to a journalist or filmmaker about this. I was trying to give time to them. It’s important that whatever your opinion is about an issue, you can approach people with respect and be open to listening to what they have to say. I tried not to be judgmental but of course I don’t support the kafala system. Also many of these people didn’t want to be in front of the camera, so I made a lot of interviews just with audio. That becomes like hearing the voice of society. You can hear that some people are against this system, but others are just racist. It’s interesting to see these contradictions. 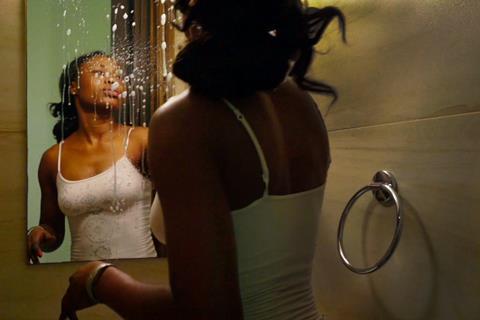 ‘Room Without A View’

The film has a striking visual style, with artful scenes of a dollhouse and compositions of Beirut architecture, too. What did you want the film to look like?

When I worked in TV, the typical visual language was with talking heads. I wanted to be more creative with the visuals and the storytelling. Also, because the issue of access was difficult, that pushed me to be even more creative and find ways to explain this story even though I had a lot of audio-only interviews. I had to come up with a creative process so the visuals would not be boring in portraying this city, this society. But I also had to be careful when dealing with delicate topics like human rights, you’re dealing with people who are going through hard experiences. You have to be careful so that the visuals aren’t too experimental.

Did you feel any moral obligation to tell the girls heading off to work in a new country what it will really be like?

It was shocking to see many girls were just going with no information. There was one girl I met who lied about her age for a fake passport, she was probably only 16 or 17. I told her, “I have a lot of information about the experiences of other girls and you can face many problems.’” But she was a teenager, saying “Oh, that’s not going to happen to me, I will work for a good house.” They have a fantasy of what their future will be – better than their home village. You can’t always stop them going. This is also big business, not for the girls but for the people in charge – some people are not interested in stopping this because of the money. It’s big money but not for the girls.

Has anything changed since you stopped filming?

There is a lot of pressure from institutions to abolish the kafala system and in Qatar it was abolished in September 2020. There have been some updates to contracts in Lebanon, to say that a worker must get one day off per week, but that’s just on paper and often not implemented.

Do you hope the film can be an activist tool?

I don’t have the power to change the system but I hope the film can be a tool to fight against it. I hope some organisations can use it as part of their campaigns against the kafala system. The first step is changing the mentality of the people in Lebanon, and especially the young generation.