EFM chief talks staying relevant in the age of the streamers 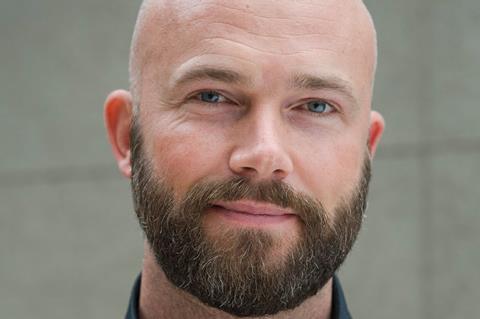 This year’s edition of the European Film Market (EFM), running February 20-27, unfolds at a challenging time for film markets worldwide.

As their backbone clientele of the traditional sellers and distributors continue to come under pressure from the rise of global streaming giants, these events are also having to rethink how they do business.

In the lead-up to EFM, the American Film Market (AFM) announced it was reducing its duration from eight to six days while the Cannes Marché has hiked fees for sales companies who want to book market screenings but are based in offices outside its official exhibition space.

In a separate curveball development, the outbreak of the deadly coronavirus in China could lead to the postponement or cancellation of the 2020 editions of a number of Asian film festivals and markets, including Hong Kong’s Filmart which has been postponed until August.

The epidemic is also affecting EFM. Most of its Chinese guests have cancelled their attendance and plans for the market’s first ever umbrella stand for Chinese companies has been put on ice until next year. It’s a double blow given that Chinese registrations were up due to the Berlinale’s later dates, which meant the event did not, for once, clash with the Chinese New Year holiday period.

The Berlinale announced “initial precautions” in the lead-up to market such as equipping all sanitary facilities across the festival with disinfectant as well as setting up protocols if a suspected case occurs within the event.

EFM director Matthijs Wouter Knol says the market has been in close contact with the German health authorities on the issue. “We will act on their advice. Our priority is to safeguard people’s health.”

Knol, who took up his post in mid-2014, learning the ropes alongside his predecessor Beki Probst, is all too aware of the longer-term changes and challenges afoot as he embarks on his sixth edition.

“The DNA of the market and what is actually being done here has changed,” he says. “People are looking more and more to finance projects that aren’t finished yet and this is having an effect on what is being sold and offered at the market.”

This trend has manifested itself in the growing number of producers registering for the market. They now account for one-third of attendees.

“Of course, anyone can call themselves a producer but we see that many of them invest in the market badge giving them access to the Producers Hub, which suggests they are serious about what they do and creating the right networks,” says Knol.

“It’s no longer enough to just sit in the café in the hope of bumping into a buyer who might be interested in their projects ― those times are definitely over. The producers have their own chunk of the market. We take them seriously because at this moment they are a group of people we know will still be around in five to 10 years.”

Knol says that EFM has remained relevant to industry professionals by constantly updating its programme to cater for new players and developments in the film and TV sectors.

He cites the creation of Berlinale Series Market, the African Hub, the EFM Horizons initiative, aimed at market innovations, and the expansion of the Producers Hub as examples of how EFM has evolved. “You need to make sure you’ve got something on offer for all those attending,” says Knol. “Berlinale Series, for example, has essentially become a small market within the market.”

Launched in 2017, EFM Horizons explores social, artistic and technological developments that are becoming part of the mainstream, such as AI, blockchain, and the drive for sustainability and diversity. This year’s programme includes discussions on green filmmaking and mental health within the film industry as well as presentations of 10 film and media-related start-ups.

The African Hub was created alongside EFM Horizons and grew out of the same reflection on developments that are changing the film industry, explains Knol.

“Africa being such a broad and vast continent, with so many different infrastructures and non-infrastructures, it deserves a platform of its own,” he says. “We see it as a region holding huge potential given its young population which is rapidly gaining access to online services.

“We felt we needed to tap into this and get the region’s trailblazers here in Berlin, not in the spirit of trying to teach them about how we do business here but rather because we want to learn how they do business there.”

This year’s edition has been re-located to the Marriott Hotel after being based in a pop-up space by Gropius Bau for the first two years. It will be situated beside the Arab Cinema Centre, a position that Knol hopes will also bring synergies between professionals from the two regions.

Highlights of the programme include presentations on the Nigerian film industry and Ethiopian co-production opportunities as well a panel discussion on whether Africa needs a Silicon Valley.

Knol also credits the EFM’s burgeoning programme of sector-based conferences such as the documentary-focused Archive Day on February 25 and the new EFM Landmark event, aimed at film commissions and running February 24 to 25, for extending the market’s meaningful duration well into Wednesday.

“It’s not just about the meetings at the stands anymore although that’s financially and economically the backbone of our business. What happens after the first weekend is becoming increasingly important as these conferences take off,” he says.

The future of the EFM

Looking to the future of the market, Knol says his main ambition is not to expand it in terms of size and attendance but rather keep it up-to-date with a rapidly changing marketplace.

“The question is not how do we want to expand but rather where is the business right now and are we getting the right people in? I am more interested in how we can improve and facilitate business as it changes before our very eyes rather than expansion,” he says.

Linked to that, Knol reveals that the market has worked hard this year to ensure entrance to as many people as possible over the core first weekend, following complaints about restrictions for festival badge-holders last year imposed by the Gropius Bau’s security.

This year festival badge holders will be able to access the venues after 5pm from Friday, February 21 to Monday, 24. Knol says a new digital counting system monitoring attendance flows as well as the construction of an extra emergency exit on the side of the building has expanded capacity and allowed the market to be more flexible this year.

A major new initiative this year, meanwhile, is the launch of the EFM Sustainability Manifesto covering 12 sustainable practices that EFM wants to implement within its own activities and encourage in the industry. “It’s not just about working in a green way,” says Knol, “but also covers points such as managing pressure at work and improving diversity. A market is a good place to start talking about this and creating an infrastructure that might change people’s habits back home and in the office.”