Rome’s new-look market is putting the onus on convergence to bring cinema, TV and video games  under one roof. Melanie Goodfellow reports on the festival’s first International Audiovisual Market. 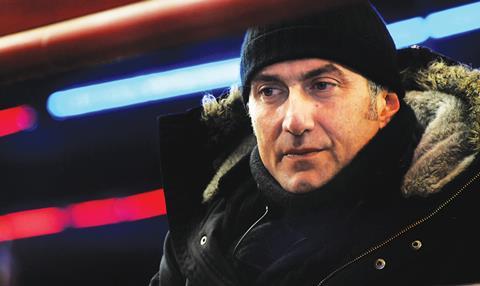 ‘Hot topics in  the TV world are increasingly hot topics in the cinema world, and vice versa’
Lucia Milazzotto, MIA

The new event incorporates the festival’s existing industry strands — including The Business Street, the New Cinema Network and TvDays — and places fresh onus on media convergence as well as Italy’s potential as an international production partner (it offers a 25% tax credit for film and high-end TV shows).

“Convergence is a fact,” says MIA director Lucia Milazzotto, who took up the post this summer. “Hot topics in the TV world are increasingly hot topics in the cinema world, and vice versa, but their business calendars are very different throughout the year.

“We want to create an opportunity for professionals from different industries to gather in one place, just after MIPCOM and before AFM. We want it to be an event where professionals can network and build new relationships, rather than rush from one 20-minute meeting to the next.”

As part of this strategy, the television strand TvDays will feature four ‘soft talks’ followed by matchmaking sessions on ‘Stories that Travel’, ‘Digital Platforms’, ‘Made for Digital’ and ‘Bankability of European Talents’. “It will have an informal, living-room feel,” says Milazzotto. “These sessions take their cue from the TV world but are open to everyone and we’re hoping there will be some crossover.”

Confirmed participants at TvDays include Marco Alberg, president of Brazil’s independent TV producers association ABPITV, Israeli TV producer Avi Armoza, whose formats include the recent NBC hit I Can Do That, and Noel Hedges, EVP of content and acquisitions at London-based TV content specialist DRG.

For the cinema world, MIA continues the work of the Rome Film Festival’s tried and tested The Business Street and New Cinema Network co-production market initiatives, now redubbed MIA TBS and MIA NCN. Roughly 200 film-buyers and 40 sales agents are expected to attend MIA TBS which, as in previous years, will consist of a mix of screenings, debates, workshops and networking events over four days.

“Our consultations with the industry revealed demand for a European market ahead of the AFM, showing the freshest content from the second half of the year,” says Milazzotto. “All the features screening have to be more recent than June 2015.”

Titles set to screen will include Stefano Sollima’s Rome-set organised-crime thriller Suburra, which goes on general release in Italy that week. Challenges facing distributors and the digital single market will be among the topics in the debate and workshops programme, and there will be territory focuses devoted to Cuba, Korea and Taiwan, as well as a China Day.

Since its first edition in 2006, NCN has presented 228 projects, roughly 50% of which were completely financed, currently in production or finished, according to Milazzotto, who cites past high-profile attendees such as The Selfish Giant and Zero Motivation.

Iranian Hana Makhmalbaf’s The Single Mother, Argentine Sebastian Schindel’s Dante’s Secret and Czech Petr Vaclav’s Il Boemo will be among another six projects presented in the new Make It With Italy sidebar, aimed at pictures with strong Italian co-production potential. “One of the key ambitions of this market is to open up Italy to the international market again, and put it back on the map for European media and entertainment business,” says Milazzotto.

Aside from a ‘soft talk’ entitled ‘MIA ITALIA’, giving an overview of working with Italy, the country’s main film and TV bodies ANICA and APT, as well as Istituto Luce-Cinecitta and several film commissions, will be out in force at the market.

He Looks Like My Son (It)
Dir Costanza Quatriglio, prod Andrea Paris

My Body Will Bury You (It)
Dir Giovanni La Parola, prod Olivia Musini